Trudeau: Grasping the issue of saving the Dells 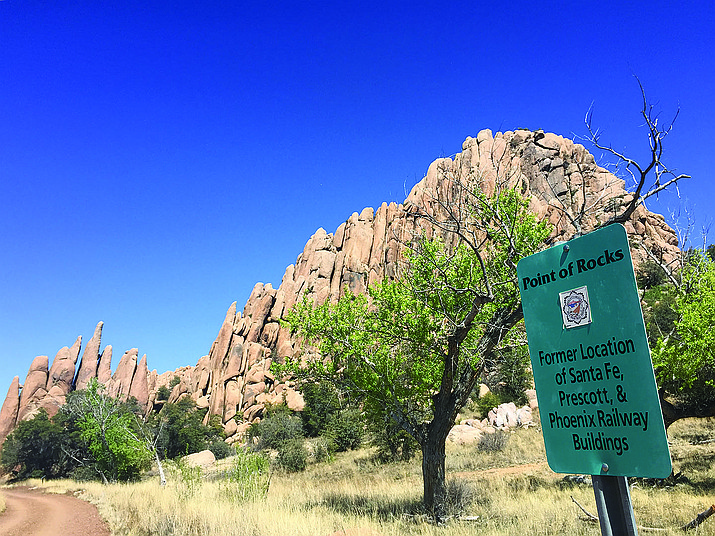 The initial application submitted by Arizona Eco Development for annexation of Granite Dells-area land into Prescott city limits was rejected earlier this year. The land under consideration for development includes the iconic Point of Rocks along Prescott’s Peavine Trail. (Cindy Barks/Courier file)

Prescott City Councilman Jim Lamerson recently wrote of his responsibilities when the city was approached by a developer with an annexation and rezoning request. He is correct in saying that “council members have the legal responsibility of grasping the issues.”

I could not agree more. Right now, Prescott is growing at a scale we have not seen before. At immediate risk is the loss of an irreplaceable natural resource, the iconic Granite Dells, if the council fails to grasp the significance of this amazing community asset in its annexation and rezoning deliberations with Arizona Eco Development (AED).

In considering annexation, it is the responsibility of elected officials to strive for a balance that benefits the people who elected them while facilitating planned growth. Annexation to the City of Prescott brings the developer a massive increase in property value, as well as many services such as roads, water, sewer, and emergency services. Mr. Lamerson implies that it is the city’s privilege to accept annexation, when the reverse is really true. In exchange for the city’s support and services, AED is required to set aside 25 percent of his project’s acreage to open space so that the city benefits from the annexation — that’s about 620 acres.

AED owns 15,000 acres of land, though only a portion is being proposed for annexation by Prescott. The key 500 acres that would protect the integrity of the Dells and a floodplain valley critical to wildlife movements is the logical choice to become zoned as “natural open space” — as dedicated public parkland — and is less than what is currently required under land development codes. The developer can shift locations of some houses and a resort complex to less sensitive land that they already own, which would also dramatically reduce future infrastructure maintenance costs borne by the taxpayer. The result would be closer access to water, sewer, and transportation corridors, saving the city and the developer money while protecting the important Peavine and Iron King trails in the heart of the Dells.

Save the Dells, a grassroots coalition of concerned citizens and businesses, envisions a win-win solution such that the developer achieves fair compensation and the public receives functional open space — not just roundabouts and ditches as we’ve seen in other recent developments. This benefits present and future Prescott citizens and enhances the productive economic engine that recreational use of our trails brings to the city. What an opportunity for the council and the developer to leave a lasting and respected legacy! Failure to “grasp the issues” would saddle this council, mayor, and developer with lasting scorn.

Finally, I am pleased to see Councilman Lamerson write so supportively of the role of our “overwhelmingly approved General Plan.” Let’s keep in mind that the city’s commitment to open space is a central piece of that General Plan, including implementation of the adopted Open Space Plan. These documents speak to “stewardship of open space” as an economic development asset and “maintain conservation of habitats and ecosystems.”

The proposal by the Save the Dells group to protect just 3 percent of AED’s land as part of a greater Granite Dells Regional Park will meet the vision of our General Plan while not departing from current direction provided in the land development codes. Mr. Lamerson, please support this community vision!

Joe Trudeau is chairman of Save the Dells.