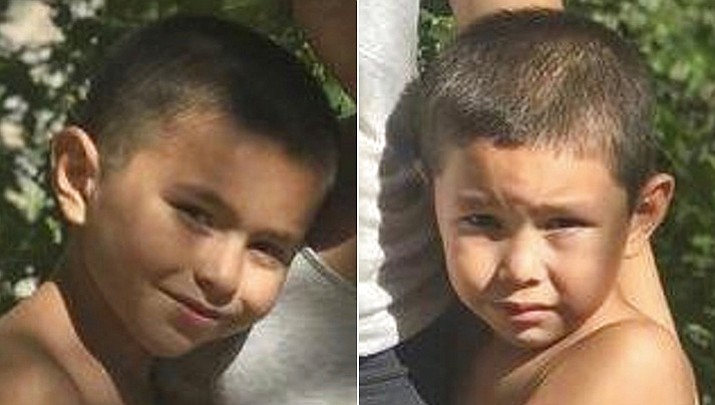 Victor Nunez-Coronado, 8, left, and Jonathan Nunez-Coronado, 5, have been missing since the boys' mother and a male housemate were found fatally shot in the Phoenix home where police said the victims and boys lived. (Phoenix Police Department via AP) 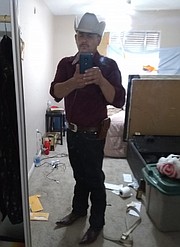 An Amber Alert has been issued for the two boys and their father, Dimas Coronado, missing since the boys' mother and a male housemate were found fatally shot in the Phoenix home where police said the victims and boys lived. (Phoenix Police Department)

PHOENIX (AP) — A woman who was killed along with a male renter in her Phoenix home was pregnant, and the woman's estranged husband is sought on three murder charges and the possible abduction of their two sons, police said Sunday.

U.S. and Mexico authorities were seeking Dimas Coronado, 47, on a murder warrant, and Amber Alerts were posted in both countries amid efforts to locate two boys the couple had together, Phoenix police Sgt. Armando Carbajal said.

"We don't have enough information to know if he has the children or not," Carbajal said of the boys, 8-year-old Victor Coronado Nunez and 5-year-old Jonathan Coronado Nunez.

Police identified Coronado as a "person of interest" in the search for his sons.

A relative who found Nunez and Gonzalez mortally wounded and the boys missing said the children had been with their mother on Friday night.

Coronado was believed to be driving an older model light green Ford pickup truck with a white camper shell and a Chihuahua, Mexico, license plate of ZUD-71-64, police said.

Coronado's 2009 white Chevrolet Silverado pickup truck was found Saturday unoccupied about six blocks from the home where the shooting occurred.

Carbajal said Nunez and Coronado were married but had been estranged. Their current marital status was not clear.