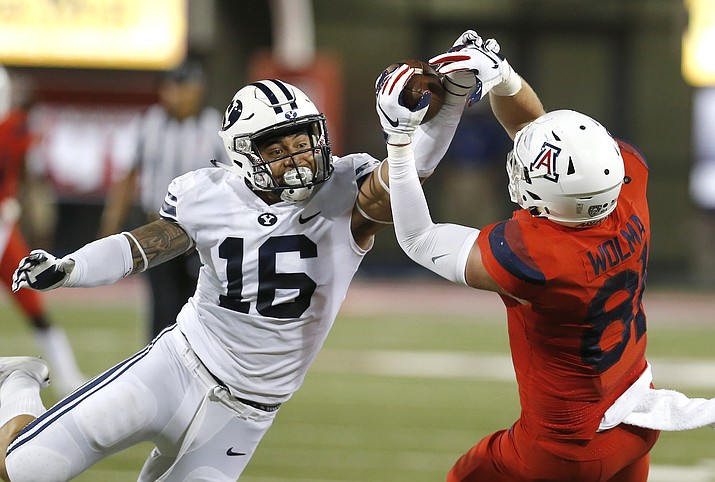 BYU went 4-9 last year, but looked like a far better team in its 2018 opener. The Cougars were overpowering up front on offense and the defense limited Arizona quarterback Khalil Tate's effectiveness by not letting him get out and run.

Arizona had some good moments in the first half in its first game under Sumlin, but struggled on both sides of the ball in the third quarter as BYU built an 18-point lead. 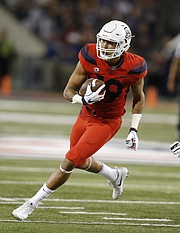 Tate rallied Arizona in the fourth quarter. He scored on a 2-yard run and set up J.J. Taylor's 1-yard TD run with just over three minutes left, but Arizona trailed 28-23 after the 2-point conversion failed.

BYU never let the Wildcats get the ball back, grinding out a pair of first downs behind its powerful offensive line.

Mangum battled injuries last season, throwing nine interceptions and eight touchdowns before going down with a season-ending Achilles' tendon injury. He was sharp against Arizona, throwing for 209 yards and a touchdown on 18-of-28 passing.

Mangum orchestrated a drive to set up Canada's first 1-yard TD run in the second quarter and opened the third with a 24-yard scoring pass to Matt Bushman that put BYU up 14-10.

The Cougars began blowing the Wildcats off the ball on their next quick-hitting drive, marching 58 yards for Canada's second 1-yard TD run. Canada's 2-yard run at the end of the third quarter put BYU up 28-10.

Defensively, BYU was effective at limiting Tate's running options, but he found ways to beat them with his arm in the first half.

Tate led Arizona on a late scoring drive in the first half — with help from BYU's two 15-yard penalties — and hit Tony Ellison on a 15-yard touchdown pass to put the Wildcats up 10-7.

BYU is clearly not the same team that won four games last season. Arizona has a ways to go if it expects to contend in the Pac-12 South.

Arizona plays at Houston next Saturday.