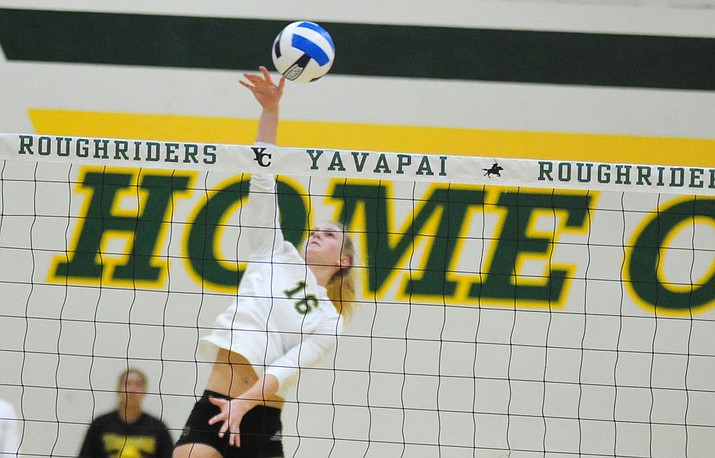 THATCHER — Yavapai College’s volleyball team got the last laugh against defending region/district champion Eastern Arizona College on Halloween night, eliminating the Gila Monsters from the postseason, 3-2, in an NJCAA Region I semifinal.

The region winner will advance to the NJCAA West District championship match on Tuesday, Nov. 6, with the chance to qualify for the NJCAA D-I National Tournament Nov. 15-17 in Hutchinson, Kansas.

Yavapai (19-8 record) has now won eight of its last 10 matches. On Oct. 23, the Roughriders lost, 3-1, to Eastern Arizona at Prescott Valley Event Center and finished the regular-season series against the Gila Monsters with a 1-2 mark.

The Roughriders travel to Yuma to battle ACCAC D-I regular-season champion Arizona Western (19-6), which had a bye in the semifinals, for the region crown at 7 p.m. Friday, Nov. 2.

Yavapai compiled a 2-1 record against the Matadors this season.