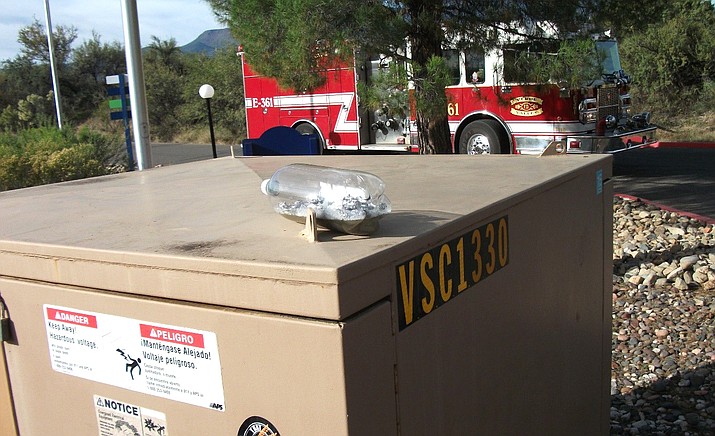 COTTONWOOD — Cottonwood police were called to the 700 block of East Mingus Avenue Monday at about 8:30 a.m. for a “suspicious object or item.”

The object turned out to be a “soda bottle bomb,” according to a news release from Cottonwood PD Professional Standards Sgt. Monica Kuhlt.

“There were two of these 2-liter bottle-type explosive devices; one had detonated, the other had not,” Kuhlt explained in the news release. “Fire crew on scene detonated the device and it was seized as evidence.”

Kuhlt said one of the soda bottle bombs was placed “under a window to an apartment complex and the other on top of an electrical box. That one did not detonate. Police never received any calls for the one that did detonate.”

Kuhlt said details are being withheld on the contents of the soda bottle bomb now because it is an ongoing investigation.

If anyone has information related to this investigation, please contact Cottonwood Police or Silent Witness at 1-800-932-3232, the news release stated.