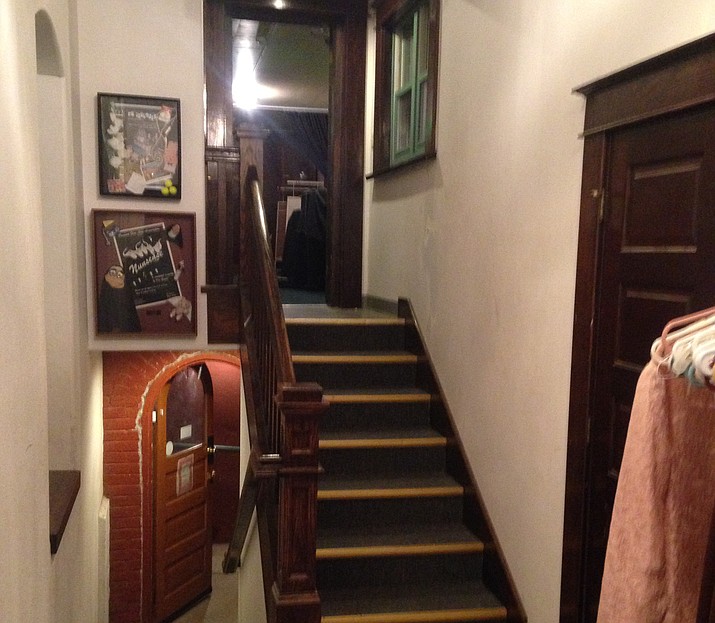 The vestibule in the Prescott Center for the Arts. On two different occasions, Parker Anderson heard voices coming from this part of the center. (Parker Anderson/Courtesy)

In anticipation of Halloween, The Daily Courier put out a reader appeal earlier this month inviting all quad-city residents to submit true stories of the creepiest or most paranormal encounters they’ve ever experienced. The deadline for submissions was Oct. 21 and readers responded with some great stories ranging from seeing ghosts in the night to extended periods of unusual, unexplained disturbances in their homes or work places. The Courier will run these stories leading up to Wednesday, Oct. 31.

Prescott Center for the Arts theatre — the former Sacred Heart church — has a vestibule that connects the theatre building to the former rectory next door (today offices and dressing rooms).  The properties have long had a reputation for being haunted.

Some years ago, on two different occasions, the same experience happened to me.  I was working alone in the theatre both times and crossed into the vestibule.  At those times I suddenly heard voices there –murmuring voices such as a crowd of people talking at once, like an audience. I could not understand any words. The voices stopped only when I left the vestibule.

These incidents were not “spectacular” like many paranormal encounters are. Nevertheless, it was very unnerving, since I knew I was alone there.