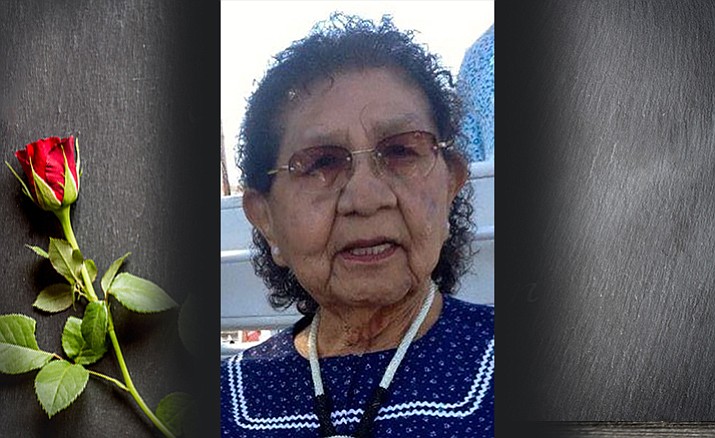 She graduated from Prescott High School, and through a school based in Chicago, she became a Dental Hygienist, which took her to Parker, Arizona, for work. In Parker she met and married her husband, Russell, and had three children.

She later returned to Prescott where she served on the Board of Directors for her Tribe in the 1980’s and 1990’s.

Upon her daughter Gracie’s passing, Ruth became the owner of the Yavapai Smoke Shop and a large contributor to the local communities. Ruth loved her church family at Trinity Presbyterian Church, where she was a long-time member.

Ruth was the descendant of a long line of Tribal Leaders and was very proud of her Yavapai heritage. She was the last chieftess of the tribe. She was an active Yavapai Speaker who helped her tribe to continue teaching the Yavapai language by attending monthly Yavapai speakers’ gatherings and sharing her knowledge of the language for the betterment of the youth. Ruth was very active with her Tribal community and participated in cultural, social and educational events sponsored by the Tribe by giving the opening blessing for many of them. She would also give the blessing annually for the Prescott Powwow and distributed awards annually at the Prescott Indian Arts Market.

As the owner of the Yavapai Smoke Shop located in the Frontier Village Shopping Center in Prescott, Ruth worked very hard and was adored by her employees. She loved to play bingo on Elder Wednesday’s and was a huge fan of the Phoenix Suns.

Ruth is preceded in death by her husband, Russell; her daughter, Gracie; and survived by her sons, Russell H. Welsh and Anson Welsh; grandchildren, Nicole Romo, Ryan Romo, Jill Welsh and Kyle Welsh. She is also survived by extended family, along with all of her friends and tribal family.