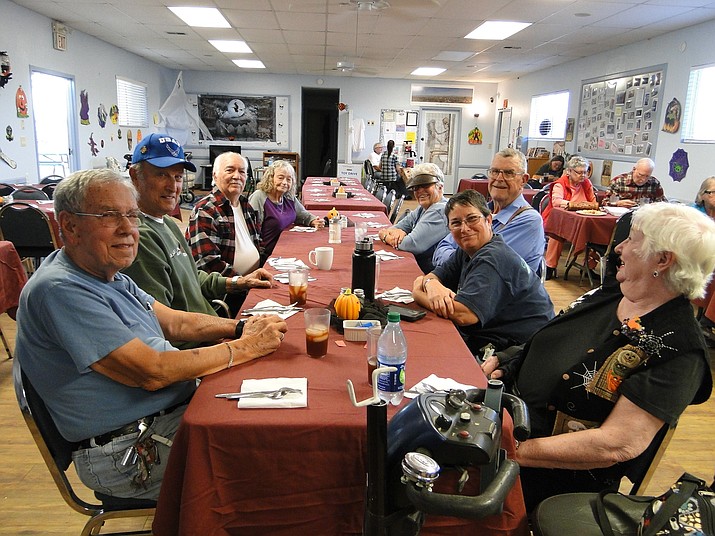 Cordes Lakes Community Association has had a very hard year. The previous board failed to pay bills, taxes, insurance, etc., and also drove away many people that regularly volunteered. So when their Spaghetti Dinner was published, it was with the feeling that there would be few people and few volunteers.

It appears that things are finally turning around for the Association! At the Spaghetti Dinner held on Oct. 20, not only were there volunteers for the kitchen, selling tickets, covering the raffle, but the ladies from Spring Ridge Academy were there to serve the meal. The meal itself was a great bargain being priced at $6.50 and included salad, garlic bread, tea or coffee, and dessert, which in itself was a masterpiece. People were given a choice of fruit jello or Lucy’s famous rice pudding from her Papa’s Place days.

It looks as if things are turning around as the Treasurer said that all old bills are paid and the only thing left is to catch up on property taxes. Hopefully with the support of the volunteers and customers for the dinners and other events, things will turn around for them.