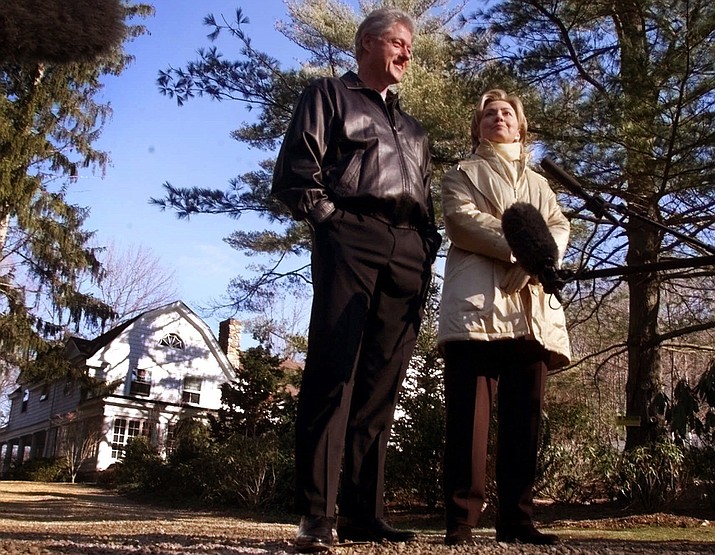 In this Jan. 6, 2000 file photo, Bill and Hillary Clinton stand in the driveway of their new home in Chappaqua, N.Y. A U.S. official says a "functional explosive device" was found at Hillary and Bill Clinton's suburban New York home. (AP Photo, File)

The agency says neither Clinton nor Obama received the packages, and neither was at risk of receiving them because of screening procedures.

It says the devices were discovered late Tuesday and early Wednesday.

A U.S. official tells The Associated Press that a "functional explosive device" was found during screening at Bill and Hillary Clintons' suburban New York home.

The official says investigators believe the explosive is linked to one found Monday at the compound of liberal billionaire George Soros.

The Secret Service says a second package was addressed to Obama and was intercepted in Washington.