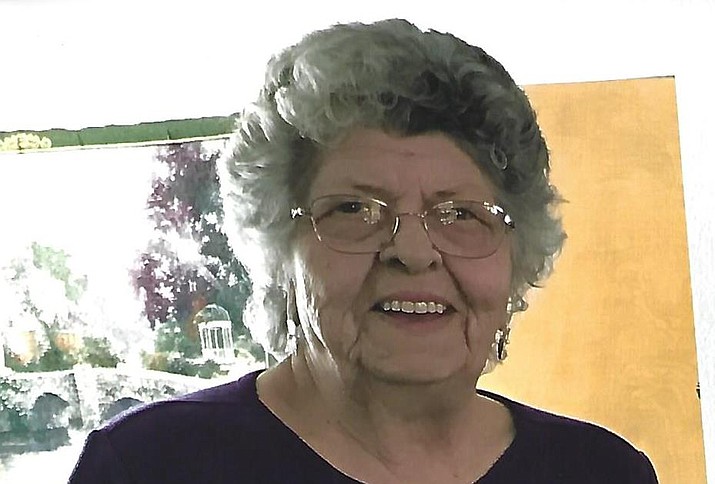 She was preceded in death by her parents; husband, Robert (Bud) Henry; daughter and son-in-law, Sandra and Robert Vigueria; two great-grandchildren, six sisters and four brothers. She is survived by sons, Robert D. Henry and wife Lori, Michael Henry and wife Rhonda; daughter, Tamera Henry; eight grandchildren, Amy, John, David, Harry, Jeff, Lacy, Robert and Richard; 20 great-grandchildren; and two great-great-grandchildren; sister, Carolyn Paxton (Duane); two sisters-in-law, Lillian Simmerman (Jerry), Dee Ann Green, and many nieces and nephews. Gerry moved with her family to Bagdad, Arizona, in 1964, where she worked for many years, retiring as a secretary. She then moved to Prescott Valley in 1989, residing there until her Lord called her home.

Gerry was a loving wife, mother, grandmother, sister and aunt, who took pride in and enjoyed being surrounded by her family. Her children and grandchildren were all recipients of her talent in sewing hand-made quilts, crocheting afghans and her home-cooked dinners. She taught her family to love the Lord. She is dearly loved and will be greatly missed by all.