Dear Annie: Boyfriend has something to hide 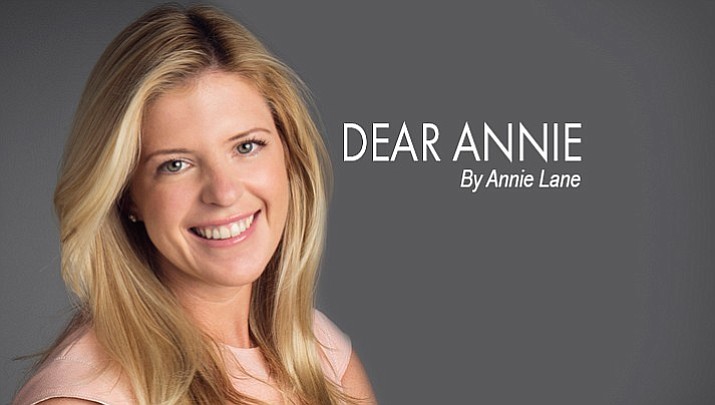 Dear Annie: I have a question and hope your advice will make me see the light. I have been dating and living with my boyfriend off and on for 12 years. We currently are living together. I have left a couple of times throughout the course of the 12 years because he was on dating sites and I found out. We just recently got back together, and he told me that he’s no longer on dating sites because they aren’t free. I found on his phone that he has an account on one site, but it is private.

Also, he tells me that though he loves me, he does not want to get married — that he likes our living arrangement the way it is. But I swear he hides things. He does crazy things, and he gets defensive when I question him. He hides his phone sometimes and will go on his phone after I go to bed. I honestly don’t know what to think or do. He does come home from work every night, but I work Monday through Friday, and he has a day off during the week. Every week on this day, he turns his phone off all day. When I text, he doesn’t text back. Whenever I ask what he did that day, he says nothing, but he goes out to lunch all dressed up like a single man.

One day when I came home, it looked as if a woman had been in the house. A picture of us together had been moved. I asked him why it had been moved, and he said he had been looking at it. It looked like a heavy frame. Also, our bedroom clock is always turned sideways. I need advice. —Confused in Texas

Dear Confused: I can’t say for certain that he’s been unfaithful, but it does seem as though he’s hiding something. And if he’s cheated on you before, your intuition is most likely highly attuned to the warning signs. So listen to that little voice inside your head. Don’t let fear of change drown it out. I know it’s hard to leave someone after so long, but staying would be so much harder on you in the long term. Tigers’ stripes, leopards’ spots, cheaters’ ways — some things never change.

Dear Annie: To “Better Late Than Never?” — the man who asked you whether it’s too late for him to go to college -- the answer is it’s never too late. I decided to go to college when I was 40. It took a little longer because I had to work full time and attend classes at night, but I did it, and it was absolutely worth it! “Better Late Than Never?” may be able to get credit for life experience and/or take CLEP exams to get out of having to take some courses. Because I had never attended college before, I qualified for help on tuition that was a “gift” that I didn’t have to pay back. This man can do a little research, find a college that he thinks would be right for him and meet with a counselor. You go, guy! — Been There, Done That

Dear Been There, Done That: Congratulations! I’m printing your words of encouragement not just for “Better Late Than Never?” but for any adult wondering about getting a degree later in life. Thank you.