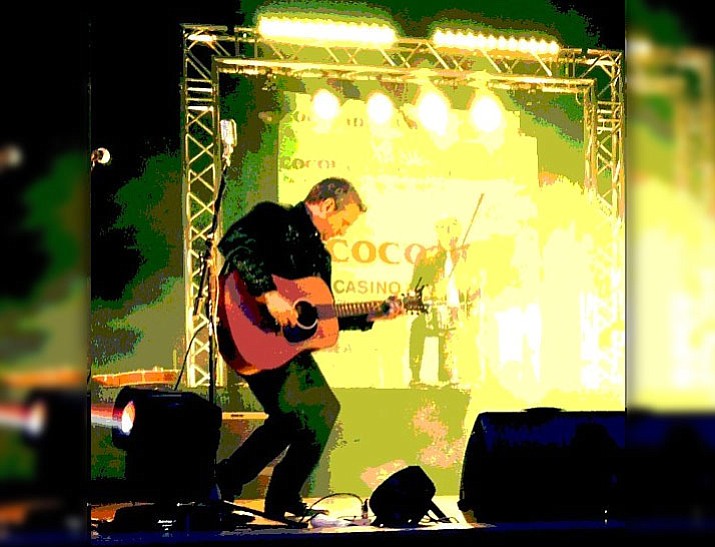 Sky Daddy is putting on his sixth Eric Clapton tribute show next week and said he wants to recreate last year’s performance.

A fan of Clapton ever since he was a kid, Conwell has been studying him and his music for quite a long time. One of the songs that he’ll perform is something he wrote called “Shine.” It’s a song that started out of a little blues riff that sounded like something Clapton would write and he then wrote the whole song around that riff, he said.

There’ll also be some of Clapton’s familiar and more obscure songs, Conwell said. It will cover his entire career including the time he spent in Blind Faith, Cream and the Yardbirds.

The Monday, Oct. 15 show is part of The Palace Restaurant & Saloon’s Dinner Theater shows. Seating starts at 5:30 p.m. and includes dinner and the Eric Clapton tribute show for $35, though drinks and tip are additional. Reservations are made at The Palace, 120 N. Montezuma St. Conwell starts performing at 7:30 p.m.

Last year, Conwell had Chuck Hall playing on rhythm guitar for support. It was the first time Hall had ever been part of the tribute show and he had a lot of fun playing with him, Conwell said. They complemented each other very well, he said.

“It was an honor and a privilege to play on stage with him,” Conwell said.

A fan of Hall’s ever since he was in high school, the two of them have been friends since Hall came to Prescott, he said.

Hall will be a part of the show again this year and with it being in an intimate setting with just acoustic guitars, it’ll be like they’re playing in the audience’s living room, Conwell said.

For more information, call The Palace Restaurant and Saloon at 928-541-1996 or www.whiskeyrowpalace.com.