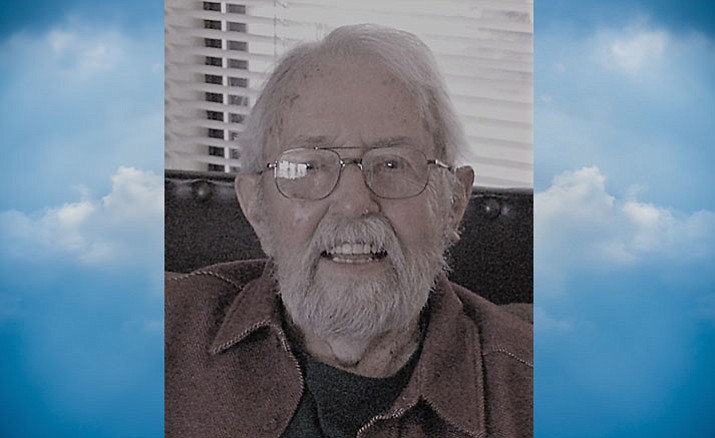 Albert Monroe Coomer, 91, passed away Oct. 8, 2018. Born near LeRoy, Illinois, to Amel Sydney Coomer and Hyla Cook Coomer on Nov. 18, 1926, Al served in the United States Army during World War II and was part of the Army of Occupation in Japan.

A lifelong patriot, Al was a strong supporter of our Second Amendment rights. He enjoyed hunting, fishing, hiking and was an avid bicyclist who rode 75 miles on his 75th birthday; on his 80th, he switched to metric.

Al was an accomplished musician who performed with the Chicago Symphony Orchestra Choir and toured across the country with the Tudor Madrigal Singers. He sang folk music and played classical guitar in Old Town Chicago. Al also was tenor soloist for Eastern Arizona College’s production of Handel’s “Messiah” in the early 1970s. He loved to fly small airplanes, especially tail draggers, and flew many search missions for the Civil Air Patrol.

He was preceded in death in 2006 by his beloved wife of 52 years, Patricia Romaine Coomer; and by his brothers, Robert and Don Biven. He is survived by his sister, Charlene Parsons of Bethany, Illinois; brother, Richard Biven of LeRoy, Illinois; and sister, Stella Thorn of Okmulgee, Oklahoma. Al and Patricia raised four sons, John (JoLayne) of Chino Valley; William (Lourdes) of Scottsdale; Patrick (Stacey) of Oregon City, Oregon; and Daniel (Susan) of Prescott. Al is lovingly remembered by his six grandchildren, three great-grandchildren, and several nieces and nephews.

Funeral services held at 1:30 p.m., Saturday, Oct. 13, at St. Paul’s Anglican Church, 600 W. Hillside Avenue in Prescott, Arizona. In lieu of flowers, family asks that donations be made to Horses with Heart.