Burglary, theft of a weapon charges filed against Cottonwood man 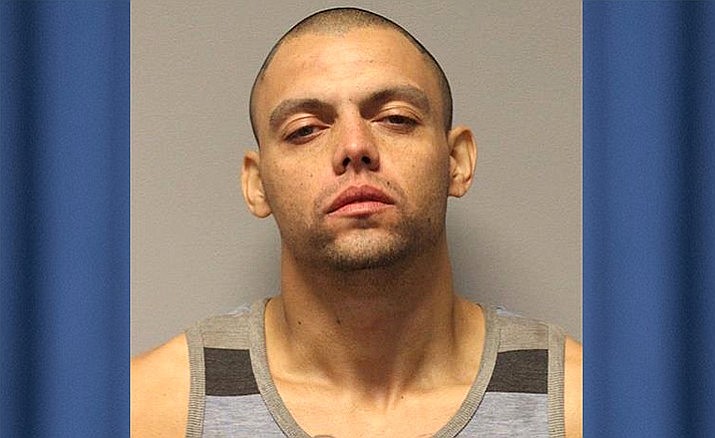 A Cottonwood man arrested on felony warrants while in possession of a gun is now facing additional charges of burglary and theft of a firearm.

Seth Daniel Backus, 29, was arrested Sept. 30 after Cottonwood PD responded to a report of “threats” at the 400 Block of North 11th Street.

“A resident said he was threatened by a white male in his 20’s with numerous tattoos only known as ‘Seth’,” Cottonwood Police Sgt. Monica Kuhlt Kuhlt stated in a news release. “Officers believed the victim was talking about 29-year-old Cottonwood resident, Seth Daniel Backus.”

Kuhlt said Backus already had felony warrants out of Gila County and a misdemeanor warrant out of Camp Verde so officers were already searching for him.

According to Cottonwood PD, officers spotted Backus in the area carrying a large black canvas case slung over his shoulder.

“Backus fled but tossed the black case during the foot pursuit,” Kuhlt stated. “Officers were able to catch and apprehend Backus and retrieved the black case. It contained a black Colt M4 .22 LR with scopes but Backus said he didn’t know anything about it. Backus was arrested and charged with being a prohibited possessor in possession of a firearm/weapon, the felony and misdemeanor warrants.”

Officers ran the serial number on the rifle but it didn’t come back stolen, according to Kuhlt.

On Oct. 5, police received a report of a residential burglary in which a gun was stolen.

“The gun stolen from him was the gun Seth Backus had in his possession at the time of his arrest. Backus has now been charged with burglary and theft of a firearm. He is currently in custody for outstanding warrants and being in possession of a firearm as a prohibited possessor,” said Kuhlt.