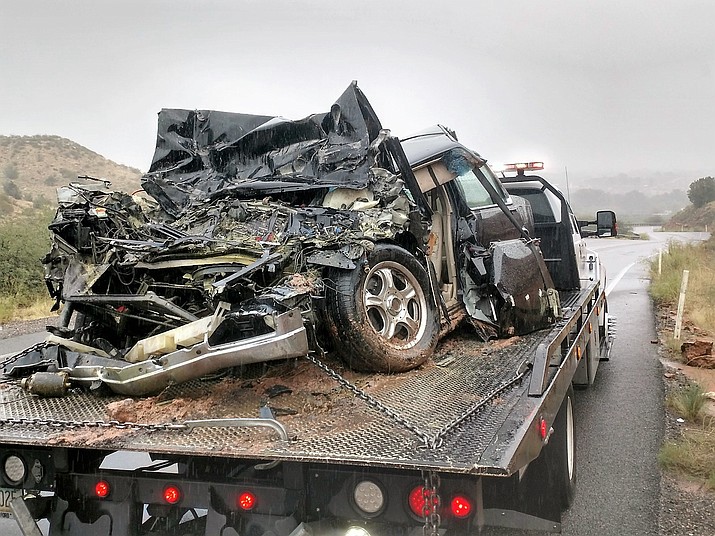 A head-on collison Wednesday morning on Cornville Road between a Cadillac and a semi-tractor trailer sent one man to the hospital. (YCSO/Courtesy)

One man was sent to the hospital with non-life threatening injuries Tuesday morning, Oct. 2, after a head-on crash between a 1993 Cadillac and a semi-tractor trailer on Cornville Road near mile marker 3 on the switchbacks, the Yavapai County Sheriff’s Office reports.

YCSO received the call just before 9:30 a.m., and deputies arrived on scene to find the driver of the Cadillac pinned behind the wheel, department spokesman Dwight D'Evelyn said. Verde Valley Fire Department personnel extricated the driver, and he was transported by ground ambulance to Verde Valley Medical Center in Cottonwood.

The driver of the semi was able to exit his vehicle after the collision and used a fire extinguisher to control potential flames involving the Cadillac, D'Evelyn said.

The westbound Cadillac reportedly crossed the centerline while passing in a no-passing zone, going uphill on the switchbacks. The semi-tractor trailer was heading east and was unable to avoid the oncoming vehicle, and the head-on collision occurred.

Several witnesses provided accounts of the incident. There was no indication of DUI on either part, D'Evelyn said.