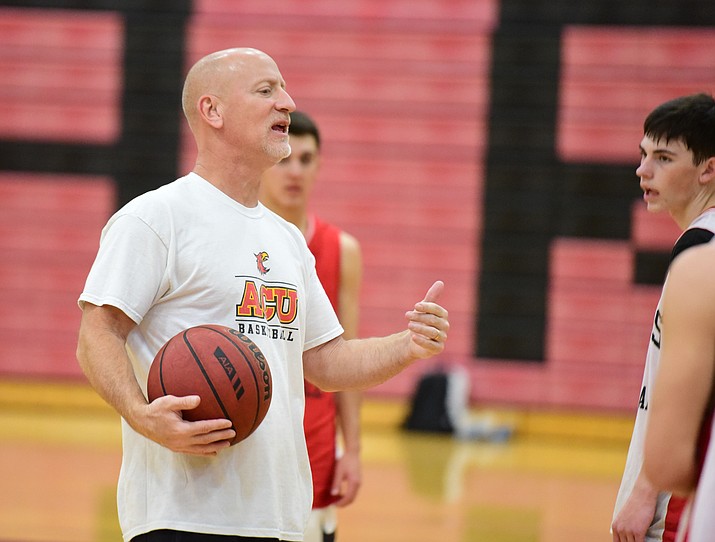 PRESCOTT VALLEY — Early Christmas presents keep trickling in for the Bradshaw Mountain boys’ basketball program, which has endured more than its fair share of lumps the past two seasons.

With the win under first-year coach Blair Hillig, Bradshaw Mountain moved above the .500 mark for the first time since February 2016. The Bears are currently riding a two-game winning streak, upping their record to 2-1 in power-point games and 4-3 overall (includes tournament games).

“It means a lot,” Bears shooting guard Carter John said of winning at home. “And the fans being here, cheering us on.”

“We were really, really hungry to get this one [Friday],” said Hillig, whose team converted six 3-pointers against Youngker. “We haven’t shot the ball overly well from the perimeter. But at practice, we’ve started to get a feel for that, and understanding when is a good [time to take a] shot.”

The Roughriders did not score more than seven points in any quarter on Friday. Starting point guard Craig Smith was one of the lone bright spots for the Roughriders, notching 10 points, four rebounds, an assist and a steal. The Bears’ trapping zone defense flustered Youngker, which committed 17 turnovers.

Roughriders fourth-year coach Jake Nelson said he has a hodgepodge of players, some of whom recently transferred to Youngker, situated in the Phoenix suburb of Buckeye, and others who haven’t played the game before. He’s focused on teaching the fundamentals at this point.

“We had a few other kids that were in the summer [ball program], played quite a bit, and then they moved, too,” Nelson added about his team’s woes, while crediting the Bears for playing well. “There’s a lot of new kids, and we’re struggling. We’re really trying to get better. It’s a difficult process right now.”

This season, the Bears needed only the first week of the campaign to eclipse their win total from 2017-18. They have won four of their last six games, despite narrowly losing their home/season opener to Cactus, 44-43, on a Cobras free throw with no time remaining Nov. 20.

Bradshaw Mountain hadn’t won at home since Feb. 1, 2017, versus Lee Williams. So, the inevitable question is: What’s the difference thus far for these Bears?

“Part of it’s mental,” Hillig said. “Last year’s team had some talent, but they got down. We talked about having a fresh start this year, but [we also] understand that there’s no shortcuts to getting better. We’ve got a long ways to go, but I’m pretty pleased with [Friday’s] effort.”

The players say the team’s more positive and enthusiastic, playing for one another instead of themselves.

Bradshaw Mountain visits Buckeye (2-0 in power-point games) for another 4A clash at 7 p.m. Tuesday, Dec. 4.