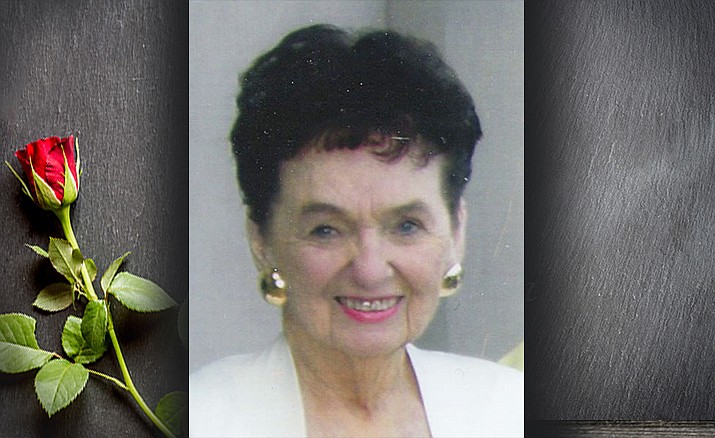 Dorothy graduated from Pryor High School in 1946, and attended college where she met the love of her life, A.R. Brown. They married May 24, 1947, and were married for 71 years. She quit college after marrying A.R. and earned her degree, P.H.T. (Putting Husband Through) college.

Dorothy loved sports and played basketball and softball and taught swimming in high school. Later she picked up golf and bowling. She also loved playing bridge and reading.

She was a longtime member of the P.E.O. sisterhood, first in Douglas and then Prescott’s Chapter BG. Some of her fondest memories came from her involvement with the P.E.O. sisterhood where she made lifetime friendships. She and Marilyn DePasquale chaired the BG Bridge Marathon for a number of years. She worked as a secretary in banking in Gordon, Nebraska, and later in Phoenix, Arizona. She owned a dress shop in Gordon, Nebraska.

She is survived by her husband, A.R. Brown; her daughter, Mary McIntyre; and her two grandchildren, Shannon (John) Miley and Parker McIntyre. She is also survived by three nieces and three nephews who all live out of state.

A memorial service will take place at 2:30 p.m. Friday, Nov. 30, 2018, at Heritage Memory Mortuary, 131 Grove Ave., in Prescott. Dorothy’s final resting place will be at the Prescott National Cemetery.