PANT makes arrests involving alleged use, sale of fentanyl
A warning to all fentanyl dealers 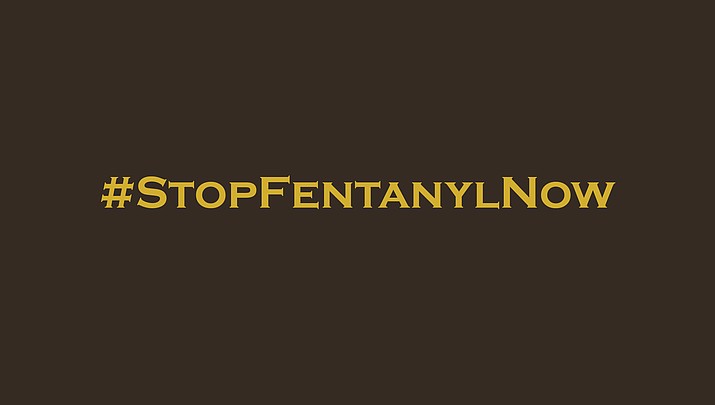 The Partners Against Narcotics Trafficking Task Force (PANT) has been investigating narcotics cases involving fentanyl over the past several months.

“Detectives understand the urgency to keep this poison out of our communities and will continue these efforts unabated,” said Yavapai County Sheriff’s Office spokesperson Dwight D’Evelyn.

The following information documents recent fentanyl arrests and seizures made by PANT with the goal of preventing overdoses and deaths in Yavapai County. Each of these cases was based out of the illegal sale and distribution of fentanyl.

“PANT is thankful for the cooperation and assistance of our local law enforcement partners as well and urges the community to stay vigilant by reporting users and dealers to Yavapai Silent Witness at 1-800-932-3232,” D’Evelyn said.

As for the dealers out there who read this, local law enforcement has this joint statement:

“Dealers beware, PANT and its law enforcement partners will find, arrest and prosecute you. The community will not tolerate the pain and suffering caused by your actions. Significant progress had been made regarding several recent investigations. Updates will follow.”

Rick Arellano and Lester Suter, both 19 and from Prescott Valley, were arrested on June 7, after a death investigation involving an 18-year-old man. The deceased lived on Leigh Drive in Prescott Valley.

PANT detectives connected Arellano and Suter to the sale of fentanyl laced pills involving the victim, according to a news release. More than 50 pills were recovered during the investigation. The Medical Examiner report indicated the victim’s death involved "combined drug intoxication" to include fentanyl. This case is ongoing. Both have been released pending possible court action. 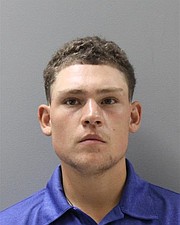 Man caught in pursuit had backpack full of drugs

He was eventually detained by Prescott Valley Police officers near the Prescott Country Club in Dewey.

Yost was booked on numerous drug related charges and remains in custody on a $50,000 bond.

On Oct. 26, 28-year-old Spencer Pool and 23-year-old Monique Aranicibia, both from Prescott, were arrested for possession of fentanyl after a traffic stop at highways 69 and 169.

PANT detectives developed information Pool was bragging about the sales of fentanyl-laced pills he obtains in the Valley of the Sun and sells in the Prescott area.

A suspect vehicle was identified as a gray Nissan Cube SUV and was spotted on Oct. 26. The eventual search revealed five fentanyl-laced pills along with a piece of tin foil containing a burnt pill on it.

Pool later admitted ‘smoking’ the pill while driving. Both were booked on charges including possession of a narcotic drug (fentanyl) and possession of drug paraphernalia. They have since been released pending court action. 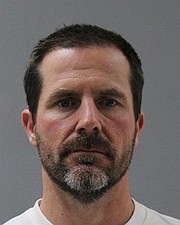 PANT detectives received information that 41-year-old Christopher Livernois of Chino Valley was in possession of a large amount of illicit drugs.

Detectives located Livernois leaving a Prescott-area bar near 6th street in a silver sedan. Detectives searched a backpack in the vehicle and found two grams of methamphetamine and a pill container with 55 blue pills marked M30 – later identified as mimic pills laced with fentanyl, PANT reported.

Livernois was booked on charges including possession of dangerous drugs and narcotic drugs for sale, and remains in custody on a $25,000 bond.

Kaila Van Orden, Adam Hale and Rachel Fools were all arrested on drug charges in late October after Van Orden reportedly overdosed on heroin outside Hale’s and Fools’s Cornville home.

A home in Cornville where a young girl reportedly watched her mother overdose on heroin on Oct. 22, was eventually confirmed to contain two grams of fentanyl powder.

As reported by the Courier on Nov. 1, the mother of a 9-year-old was taken into custody three days after her daughter found her inside the home’s bathroom holding a syringe.

Living at the home, located in the 5900 block of East Tee Time Court, were Adam Hale and Rachel Fools. Fools and Hale were arrested and booked into the Yavapai County jail in Camp Verde, each on charges including possession of dangerous drugs, possession of narcotic drugs and possession of drug paraphernalia. Both have since been released pending further court action.

After release from the hospital, the mother, Kaila Van Orden, was booked into the Yavapai County jail in Camp Verde on Oct. 25. She’s facing charges including possession of a controlled substance, endangerment and possession of drug paraphernalia. She is being held without bond related to a probation violation.