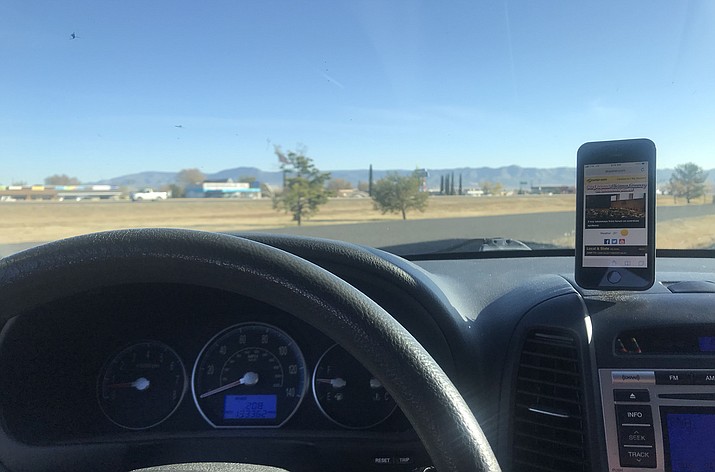 Come Black Friday, cellphone use while at the wheel on the streets of Prescott could land drivers with a warning from the Prescott Police.

Deputy Police Chief Amy Bonney pointed out earlier this week that the city’s ban on using hand-held electronic devices while driving is set to go into effect today, Nov. 23.

The Prescott City Council approved the ban on Oct. 23, and the ordinance is scheduled to go into effective 30 days after that.

Although the City Council agreed to a grace period until Jan. 1 before fines would be issued, police officers reportedly will be pulling over offenders and issuing warnings throughout the remainder of 2018.

Bonney said officers would begin to address the issues with cellphone use while driving through education. That could involve a warning from officers who spot violators at the wheel.

In addition, Bonney said the police department is coordinating with the city’s streets department about installation of signs to get the word out to residents and visitors.

The city also plans an informational campaign to let the community know about the new ordinance.

The city’s ban on cellphone use while driving comes several weeks after Yavapai County’s similar ordinance went into effect in early November.

The city chose to draft its own ordinance to make it clear to drivers that the ban also applies to the streets of Prescott.

Under the ordinance, drivers would be allowed to use devices such as Bluetooth headsets, and phones that are mounted on the vehicle’s dashboard. They also will be able to activate their hands-free devices under the ordinance.

Beginning Jan. 1, 2019, drivers violating the hand-held electronics ban will face a $100 fine for the first offense, and as much as $250 subsequent offences within a 12-month period.