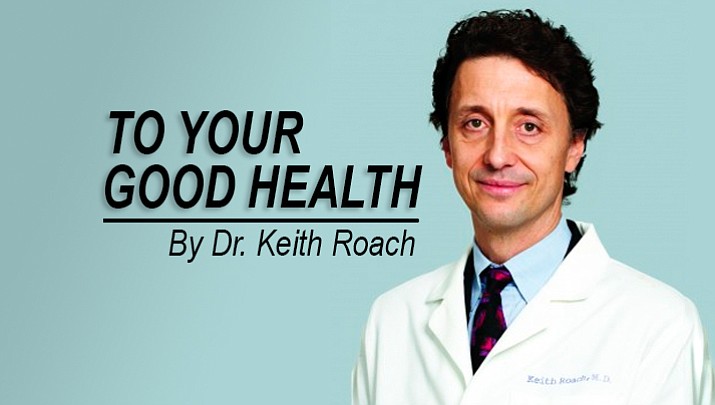 DEAR DR. ROACH: My 45-year-old daughter was diagnosed with multiple sclerosis about a year ago following alarming bladder problems and numbness. She received steroids that effectively treated the bladder problem. She subsequently had a relapse with more widespread numbness and a feeling of being off balance. Within a short time, she started on Ocrevus. She continues to have symptoms.

ANSWER: Stem cells are cells that have the ability to differentiate into many different types of cells, under the right conditions. Multiple sclerosis is thought to be an autoimmune disease directed at the myelin, the protective layer around nerve cells that make up much of the white matter of the brain. Cells that have been used for treatment of MS include the patient's own stem cells (usually obtained from the patient's blood after giving medication to release it from the bone marrow) or umbilical cord blood. There are some results of studies about these therapies.

One type of study collected stem cells from the patient, then used chemotherapy to largely but not completely destroy the person's existing immune system, then replaced the immune cells in the bone marrow with the person's own stem cells. (This is referred to as "rebooting" the immune system.) Participants in the study showed improvement in their rates of relapses, but also improvements in the activity of MS as seen by MRI scan. However, this should still be considered preliminary, and the regimen has significant toxicity (3 percent to 8 percent of people died from complications).

Umbilical cord blood also has been used without the chemotherapy that damages the person's immune system. A study of 20 subjects was published in 2018 showing improvements in symptoms and an apparent slowing of disease seen by MRI.

Neither of these types of treatments have been subjected to the most rigorous type of trial, a controlled study. I suspect that's why your daughter's neurologist would like to wait and see whether ongoing trials can better define the risks and benefits of stem cell treatments.

On the other hand, there is clearly potential for benefit, and I understand why your daughter would wish to try an unproven therapy. Since you asked for my personal opinion, as a conservative physician by nature, I would recommend against going out of the country to use these treatments, and agree with her neurologist. However, I would understand if she disagreed.

I found at least eight studies currently enrolling subjects with multiple sclerosis for stem cells at clinicaltrials.gov. If she were to consider enrolling in a trial, she could help advance the state of the science as well as potentially get a promising new treatment.

Dr. Roach regrets that he is unable to answer individual letters, but will incorporate them in the column whenever possible. Readers may email questions to ToYourGoodHealth@med.cornell.edu or send mail to 628 Virginia Dr., Orlando, FL 32803.

Dear Dr. Roach: Severity, prognosis varies for Guillain-Barre syndrome
Dr. Roach: Bone marrow transplant for myeloma is a complicated decision
To Your Good Health: ‘Myelodysplastic syndrome’ covers a range of diseases
Column: Is there a connection between MS and apnea?
Roach: Does insurer affect the wait for an appointment?
Event Calendar