Will it be harder for voters to propose laws in the future? 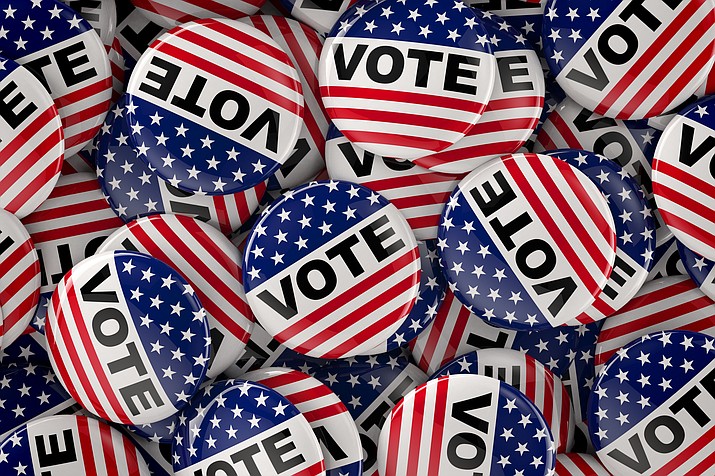 PHOENIX — That record number of Arizonans who turned out to vote this year has a dark side for direct democracy: It’s going to be harder for voters to propose their own laws or get rid of ones they don’t like.

And that poses a threat to possible petition drives to ban “dark money,’’ increase education funding and find more transportation dollars ­— as well as any voter-led effort to block an anticipated new bid by lawmakers to expand vouchers.

Four years ago, when Doug Ducey won against Democrat Fred DuVal and a host of minor party candidates, the total votes in that race were 1,506,416.

With a 10 percent requirement for statutory changes, that meant it took 150,642 signatures in 2016 and this year to propose a new law; a constitutional amendment, with a 15 percent mandate, was 225,963.

And members of Save Our Schools needed just 75,321 valid signatures — 5 percent — in their successful drive to let voters ratify or reject the measure approved by the Legislature and signed by Ducey to expand who can get vouchers of state dollars to attend private and parochial schools. The expansion was rejected on a 2-1 margin.

But here’s the thing: Andrew Chavez who owns Petition Partners, figures that the high turnout this year is going to sharply increase those numbers for ballot measures for 2020 and 2022. While a final count has not yet been released, he believes the final tally will come out close to 2.15 million.

That means the next time lawmakers approve an expansion of vouchers -- and proponents already are talking about it -- Save Our Schools would need close to 108,000 valid signatures to give voters the final say. Given the normal error rate, that means collecting more than 130,000 to ensure they have enough.

A new state law would require more than 215,000 valid signatures. And the entry fee, if you will, to get a constitutional proposal on the ballot will top 320,000.

So how hard will that be?

Chavez, who has been helping groups collect signatures for nearly two decades, said that depends.

He said the high turnout this year means a larger number of Arizonans are connected to and participating in politics, “not only at the ballot box but on the streets.’’

“Now you have an engaged electorate where people on the ground know what’s going on,’’ he said.

“They look for ballot measures,’’ Chavez said. “They know about direct democracy.’’

But there’s something else.

Petition Partners and other firms in the business charge based on the number of signatures collected. So Chavez figures anyone who wants to propose a ballot measure for 2020 and will need paid circulators is going to have to have access to more cash.

That, he said, is not a big deal for the special interests with money.

This year that included the Realtors funding Proposition 126 to ban expanding sales taxes to services and California billionaire Tom Steyer putting Proposition 127 and its renewable energy mandate on the ballot. Where it could make a difference is when groups who want voters to enact measure lawmakers refuse to take up don’t have deep pockets.

Lawmakers approved a pay raise for teachers and restoring some other funds cut during the recession. But they did not provide for any new source of dollars, instead counting on an expanding economy to generate the cash.

There was a proposal this year to provide a guaranteed source through a hike in income tax rates on those earning more than $250,000 a year. But that measure was kicked off the ballot after the Arizona Supreme Court concluded the required synopsis did not full describe all the implications.

David Lujan, director of the Arizona Center for Economic Progress who crafted the measure, said he hopes a new batch of lawmakers, including some swept in by the Red for Ed movement, will address the issue, either directly or at least referring a funding measure to the 2020 ballot.

“Certainly across Arizona people still see that we have an education funding crisis,’’ he said. “And if the Legislature is not willing to do it, then we would certainly see the ballot as an option.’’

Lujan said the new signature requirements won’t be a hurdle - if organizers get started earlier.

“We were able to get 277,000 signatures in two months,’’ Lujan said. “It’s certainly doable, the increased numbers, if we have more time to do it.’’

Also looking at 2020 is former Attorney General Terry Goddard whose proposed constitutional amendment to outlaw “dark money’’ influence on political campaigns this year came up short of the needed 225,963 signatures.

Here, too, time is everything.

Goddard said circulators, half paid and half volunteers, gathered about 285,000 signers in five months. But he said a much earlier start won’t necessarily generate the nearly 400,000 that would realistically be needed in 2020 to survive a signature challenge.

“It’s hard to keep up enthusiasm over two years,’’ Goddard said. “So we’re wrestling with that right now.’’

Two years ago the Republican-controlled Legislature threw another hurdle of sorts in the path of groups that want to propose their own laws.

One of those eliminated the ability to pay circulators based on the number of signatures they gathered.

Potentially more significant, lawmakers said initiative petitions must be in “strict compliance’’ with all election laws.

That’s important because until that time Arizona courts had concluded that petition drives by individuals proposing their own laws and constitutional amendments need be only in “substantial compliance’’ with the laws. That allowed votes on several measures to go forward despite what judges concluded were technical violations.

A legal challenge to the new strict compliance standard awaits a ruling by the Arizona Supreme Court.