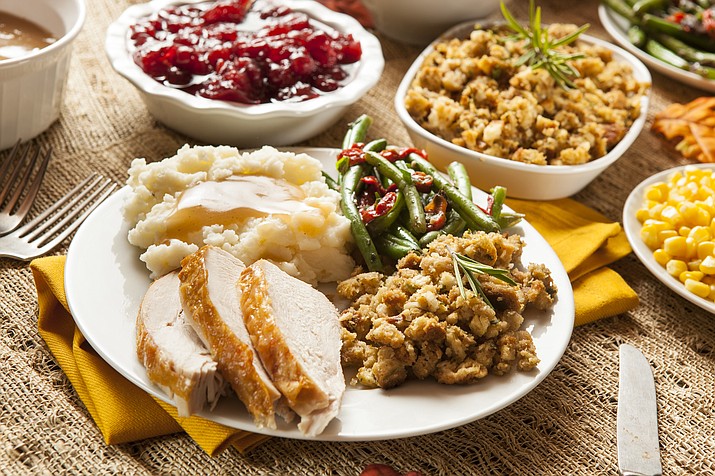 What are you doing on Thanksgiving? Let me guess. Dinner with family or friends and the guest of honor will be a Big Bird. We Americans love our turkey dinner.

Last year we went to a daughter’s house for Thanksgiving. My husband, Doug, thought it was a brilliant strategy. For the first time in over 35 years we did not have to cook. It was so relaxing and scrumptious, that after the feast, Doug said it was the only time since he met me that he wasn’t peeling enough potatoes to feed an army and standing over a hot sink afterwards doing clean-up.

Okay, Doug, that was a bit harsh, but the point was well-taken. We were guests and acted like guests. Arrived late, ate well and left early. (Hey, only kidding). But it did feel like “freedom” not worrying about a dinner for 10 or 12. I think I could get used to this! Like again this year. When I told my family that a pork roast sounded good for Thanksgiving, my daughter offered to have the dinner. With turkey, of course.

We honor a group of weary Pilgrims who in 1621 gathered to give thanks for their bounty and appreciation of this new, strange land. Thanksgiving might be the greatest holiday of all. It is the day that symbolizes the spirit of thankfulness. There is no gift giving to commercialize it, no one religion to limit it, and no elf to trivialize it.

Imagine the first Thanksgiving when Native Americans and Pilgrims sat together at a long table, feasting on some unfamiliar foods and not being able to speak the same language. Perhaps they were even shocked at how different each other looked. Might not be that different than today, when grandparents look across the dinner table at the grandkids, shocked at their tattoos and piercings.

I did witness a sense of Holiday wonder at a grocery store this week. I was checking out at a local grocer and the bagger was a young man with Down Syndrome. While he was packing my groceries, he must have said, “gobble, gobble, gobble.” a dozen times. The woman in line behind me rolled her eyes and muttered in a low tone, “I’d go crazy listening to this.” The friendly cashier that was ringing me up just smiled at the young man and said, “He loves the holidays and loves to say gobble, gobble. And next week he will say, “ho, ho, ho.” All day long. For hours this woman listened to the word “gobble” repeated over and over, and instead of being annoyed, she showed grace and kindness. The spirit of Thanksgiving is all around us!

Yes, Dear Readers, the holidays are coming! We are all shopping, baking, planning, decorating, traveling, gathering and getting ready for what lies ahead. Yet, one truth remains: joy is not found in the “bird” that we cook (or don’t), but in the “gobble, gobble, gobble” that we share with others.

Judy Bluhm is a writer and a local realtor. Have a comment or a story? Email Judy at judy@judybluhm.com.