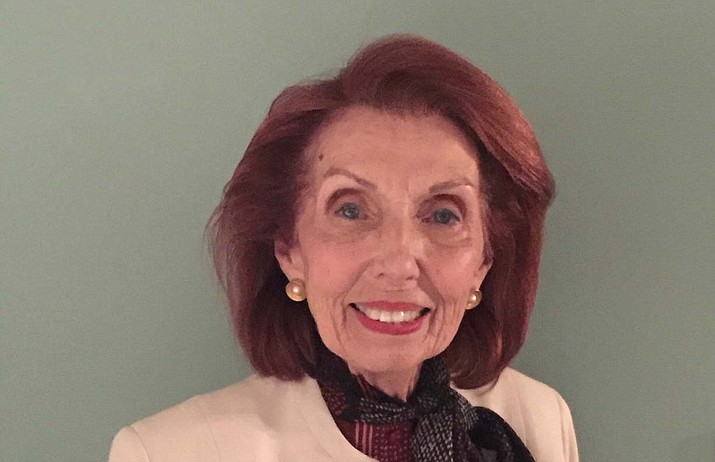 She was born in Des Moines, Iowa, on Feb. 25, 1928, the daughter of Sam L. and Agnes Pappas. Jo spent her early years in Los Angeles, but grew up in Ash Fork, Arizona. While studying, she operated the evening cash register at her parents’ diner, Café 66.

In 1944, Jo graduated first in her class of two students at Ash Fork High School. She later attended St. Joseph’s Academy in Prescott, Arizona, and Mount Saint Mary College in Los Angeles. After attending a lecture by Fr. Emmett McLoughlin, OFM, Jo was inspired to serve those in need. In 1948, she graduated from St. Monica’s Hospital Cadet Nurse Program in Phoenix, the first desegregated nursing school in the United States. Former First Lady Eleanor Roosevelt addressed the graduates. While working as an ER nurse at Prescott Hospital, friends encouraged Jo to study abroad. Without protest, she studied Spanish and anthropology at Mexico City College.

In 1951, Jo returned to Arizona and married the love of her life, Edward H. Wedepohl of Prescott, a graduate of Thunderbird School of International Management. Together, they embarked on a life of adventure abroad. For the next 30 years, Ed’s career at US Rubber and General Foods took the couple and their children to Havana, San Juan, Mexico City, Madrid, Caracas and Tokyo.

In 1981, Ed suffered a cerebral aneurysm and the family returned to the United States. Jo cared for Ed in Boston until his death in 1985. That same year, Jo returned home to Arizona, where she resided in Scottsdale and Phoenix.

Through her love of philanthropy, the arts, and cultural exchange, Jo touched countless lives. In Mexico City, she taught infant care to young mothers. In Caracas, she sponsored a botanical garden for the blind, and in Japan, served as a suicide counselor for the Tokyo English Lifeline. She was president of Ikebana International (I.I.), a non-profit organization dedicated to cultural understanding and friendship through flowers. In the wake of her family’s tragedy, she advocated for victims of brain trauma and their families as a member of the National Head Injury Foundation.

A lifelong learner, Jo was a voracious reader of obituaries, The New Yorker, Vogue, and the Sunday New York Times. She amassed an archive of books, films, newspaper clippings and Beanie Babies for her grandchildren. For 29 years, she volunteered as master docent at the Phoenix Art Museum. An ally to the vulnerable, Jo kept wise and loving counsel. As “Lili,” she fostered in her grandchildren a love of culture, intellectual pursuit and social justice. As hostess extraordinaire, she enthralled friends and family with her style, grace, charm, intellect and epic storytelling. Mary Joan Wedepohl, style and personality icon with a global following, will be sorely missed.

A memorial service will be held in the spring. If you would like to make a donation, Jo’s family asks that you contact Cristo Rey Newark High School in Newark, New Jersey, and the Florence Immigrant & Refugee Rights Project in Phoenix, Arizona.