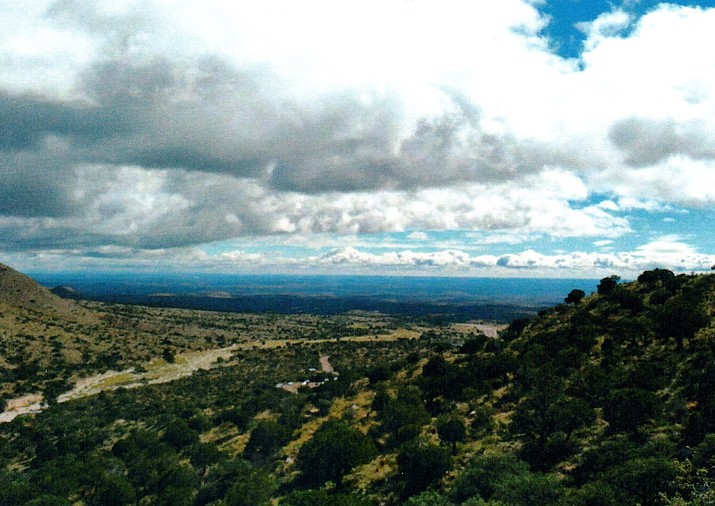 The view from the trail ascending Guadalupe Peak. (Ted Johnson/Courtesy)

Remember John Denver singing, “Leaving on a jet plane …?” I can count the number of times I’ve traveled to a hike via a jet plane on one hand. Perhaps you’ve done so more often. It comes down to what you have more of, time or money.

Since I maintain a directory of hikes across the Southwest, from Big Bend National Park to Boundary Peak, Nevada, and King’s Peak, Utah, to Organ Pipe Cactus National Monument in Arizona, some of these destinations take some time to drive to.

You may consider some of these places beyond your reach, preferring a local stroll to a remote trail somewhere in the Chihuahua Desert or Wasatch Range. Yet, variety is the spice of life, and the Southwest has lots of it.

One hiker I spoke with hiked almost exclusively in one place, Havasu Canyon. His answer to my question “Why not hike elsewhere?” was, “The Canyon is different each time.” That’s true for everywhere. There’s different and there’s different. Obviously, my interest in diversity stretches across the Southwest and includes canyons, deserts, alpine summits and everything in between.

I was flying back to Arizona from a research trip in Michigan and decided to fly through El Paso, Texas, in order to hike Guadalupe Peak, which rises to over 9,000 feet out of the Chihuahua Desert. In spite of my efforts to pass through airport security unscathed, I lost my multi-use tool in the process. Ooops. I generally travel light, but my day/fanny pack was lighter than usual for the day hike of five hours, some 100 miles east of town.

The entire route to the summit was socked in by low clouds. I almost missed the turnoff into this small national park on the Texas-New Mexico border. Driving across the rather wet Chihuahua Desert, the creosote fragrance was subtle yet unmistakable. The aromas continued as I gained elevation from the junipers at the trailhead to the pines at the summit. Having to catch a flight later that day, my pace was faster than normal. I reached the summit in two hours.

As I passed up one hiker, I mentioned the slick nature of the wet rocks through which this trail is cut. The limestone seemed to be covered with a slimy coating. The views were obviously limited. I took a selfie at the summit and turned around for the hike down. I wasn’t there more than three minutes. I had a plane to catch and visibility was less than 30 feet. Regardless of the conditions at the summit, the vast majority of time on any hike is that which is spent en route to the top and back down, not at the top itself. Therefore, I generally don’t invest much time on the summit but on the journey.

The weather began to clear on the way down. I was able to more accurately calculate my schedule and caught an earlier flight than originally planned. I was also able to converse with other hikers along the trail, which was surprisingly crowded the closer I got to the trailhead.

Hiking can be a social activity, especially when hiking solo. Hiking alone encourages engagement with strangers. I notice that most hikers hiking in pairs or groups don’t often initiate a conversation with a stranger. Perhaps their hiking partners supply all the strangeness they can handle. Hahahahaha.

Next: A Series of Fortunate Events: What if an escaped convict walked into your camp?