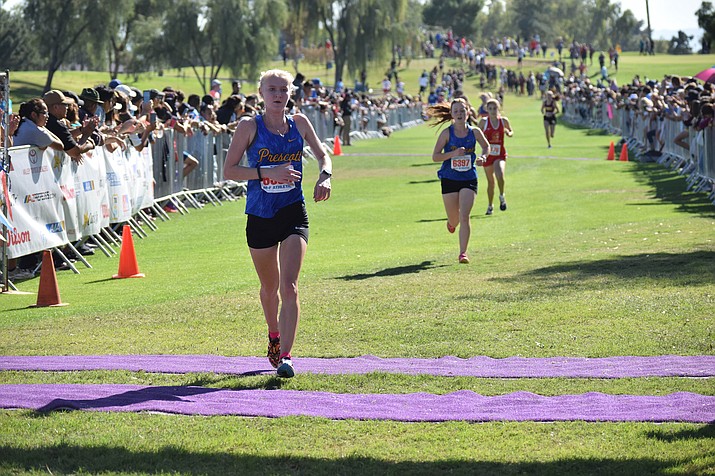 At the Cave Creek Golf Course, the Badger boys team scored 114 points, well behind a Page club (35 points) that had the top three runners cross the finish line within 35 seconds of each other.

The Prescott boys cross-country team poses for a photo after taking second overall at the Division III Cross-Country State Championships on Saturday, Nov. 10, 2018, in Phoenix. (PHS/Courtesy)

Alec Almendarez was the top finisher for Prescott, taking eighth overall with a 16:53.8 time, while Lisandro McCarter was ninth with a 16:56.2 time.

Salpointe Catholic finished third overall with 152 points, Tuba City was fourth with 183 points and Rio Rico wrapped up the top five with 236 points.

For the girls, Prescott scored 129 points as Makenna Bray crossed the finish line with a seventh overall placement at 20:08.1 time. Emily McMahon was right behind her, taking eighth overall with a 20:10.6 time.