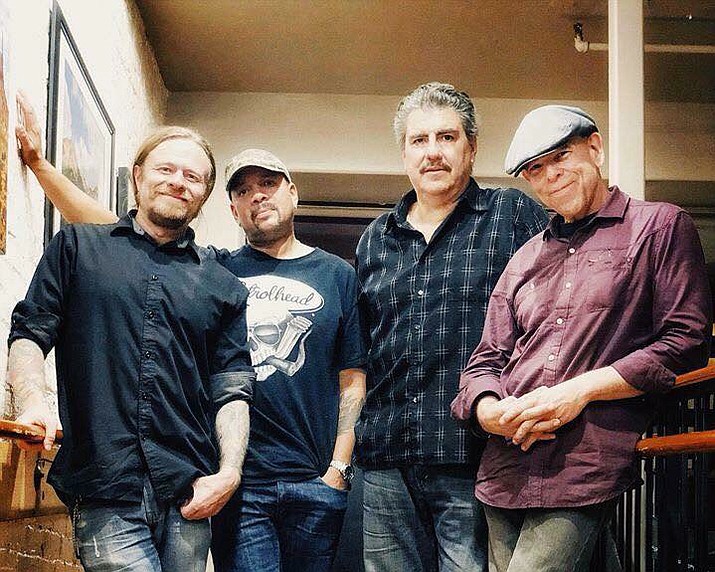 After forming two years ago, the band Summa Totius is holding a CD release party in celebration of its first album.

Made up of Drew Hall on guitar and vocals, Anton Teschner on guitar, Gigi Gonaway on drums and Mahlon Hawk on bass, the band’s name is Latin for “the sum of all parts.”

“The band has come together from quite a variety of life experiences and musical experiences,” Hall said. “We’ve come together from unlikely places: Gigi with Mariah Carey and Aretha Franklin and then Mahlon with all the stuff that he’s done with Steely Dan and The Cars and then Anton and I, we’ve been here in Prescott.”

Gonaway has also performed as a drummer with Steve Winwood and James Taylor and Hawk is an Emmy award-winning bassist. The band formed two years ago and was originally going to be a one-off thing, performing at a CD release party for an album Hall and Teschner were putting out. For that party, they wanted to do something a bit more special and getting a bass player and drummer for that party came to mind, Teschner said.

“(Hall) kind of had Gigi in mind for drumming and then he asked Gigi who he recommended as a bass player,” he said. “He immediately shot out Mahlon’s name.”

They knew right away that what they had was something pretty special due to the caliber of the players, Teschner said. It was obvious they needed to do something with each other and get some recordings done, he said.

The show is at the Elks Theatre and Performing Arts Center, 117 E. Gurley St., and will feature Johan Glidden and Cozzy Bohrman from Sugar and the Mint as the opening act, which Hall said was Gonaway’s idea.

Tickets for the Sunday, Nov. 11 show are $20 for VIP, $15 for adults and $30 for opera box seats and can be purchased online at www.prescottelkstheater.com, by calling 928-777-1370 or at the door one hour prior to the performance.

No matter what type of music a person is interested in, there’s going to be something at the show they will enjoy, Teschner said.

“Almost regardlessof the type of music that you are fond of in particular, you’re going to appreciate when you hear Summa Totius,” he said.

It’s a unique sound inspired by Latin and Flamenco sounds, but they mix in their own personalities making it cross over between Latin, rock, blues and jazz music, Hall said.

“It’s just very much a sound that we’ve developed from the sum of all parts,” he said. “All of our musical influences coming together in one thing to create something that I believe is unique and new and special.”