Gov. Ducey, Kyl and McSally to appear in Prescott on eve of election 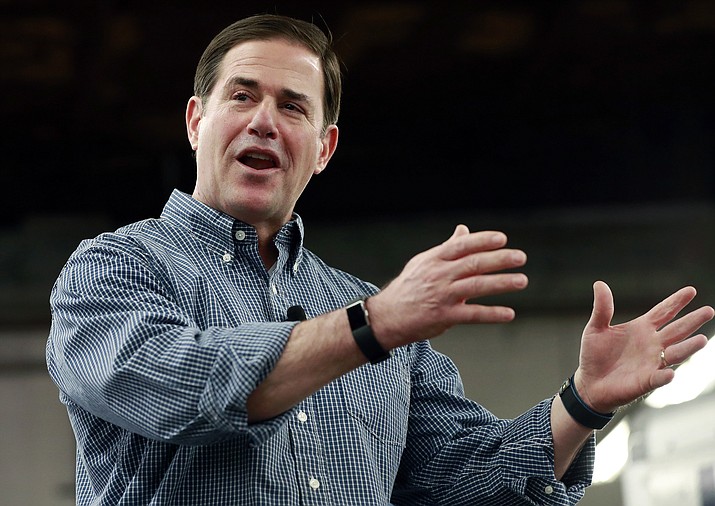 Gov. Doug Ducey, alongside Republican candidates and elected officials, are scheduled to make an appearance on the eve of midterm elections on the steps of the Yavapai County Courthouse on Monday night in Prescott.

Senator Jon Kyl, Rep. Martha McSally, among others, are scheduled to be in attendance following the tradition of Senators Barry Goldwater and John McCain, who both held presidential campaign stops in Prescott.

The event is open to the public and is set to begin at 6 p.m. in front of the courthouse at 120 S. Cortez Street in Prescott.

Ducey and McSally will also attend a pancake breakfast at the Prescott Gateway Mall, 3280 Gateway Blvd., in Prescott, on Sunday morning. No official start time was given for the breakfast.