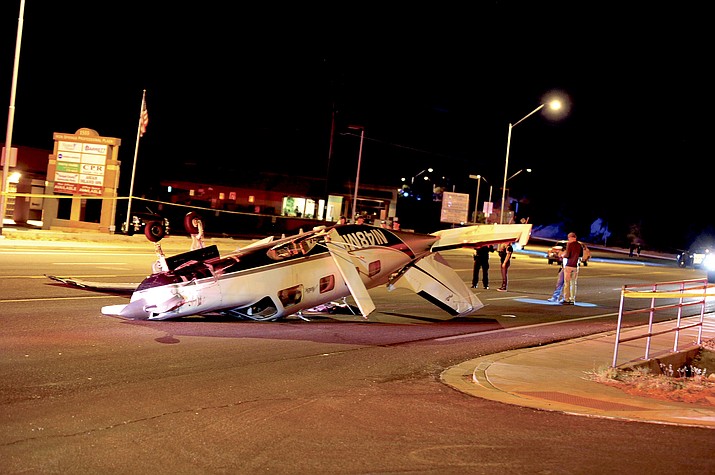 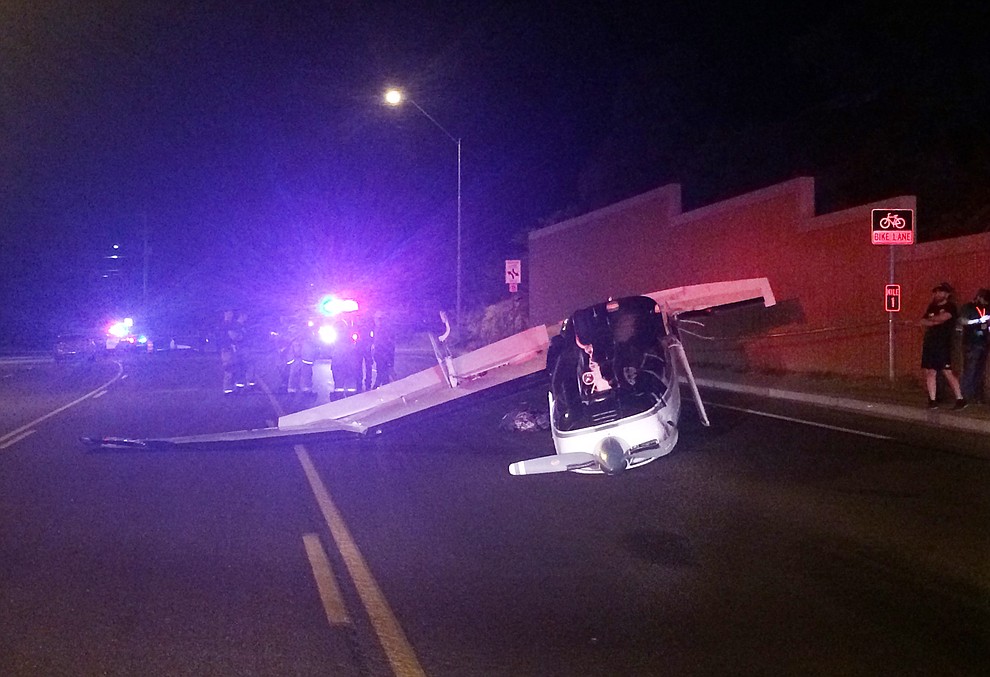 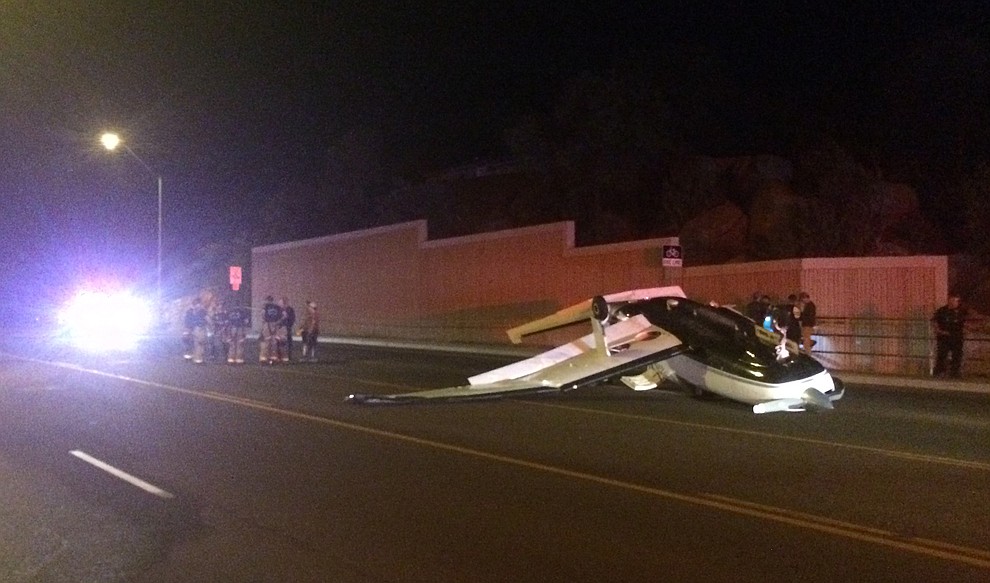 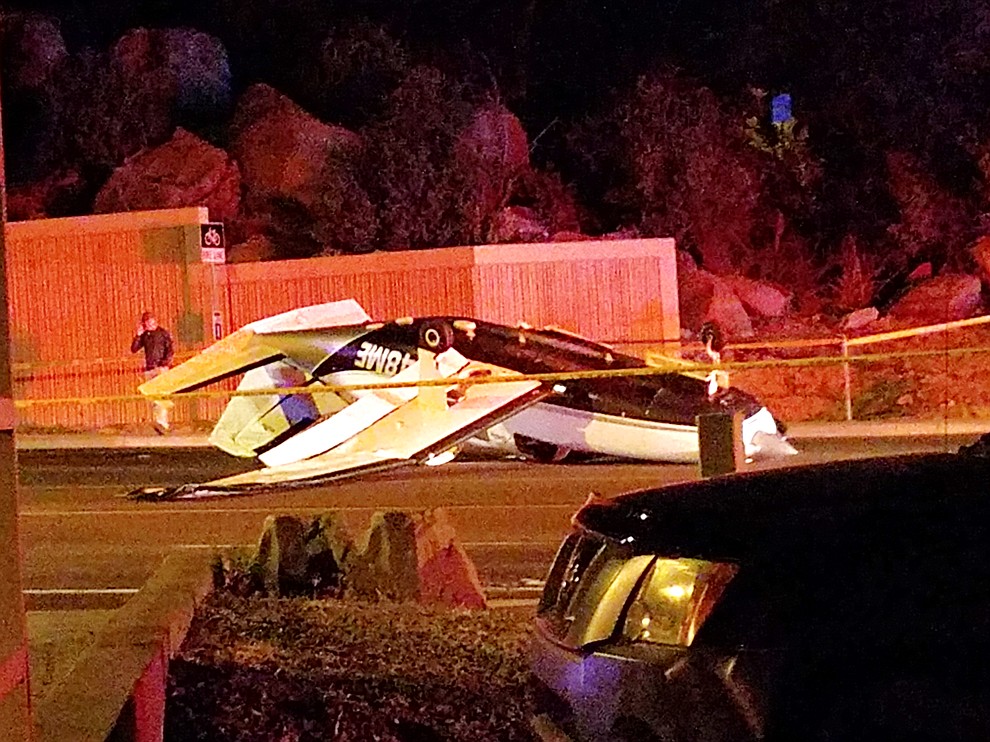 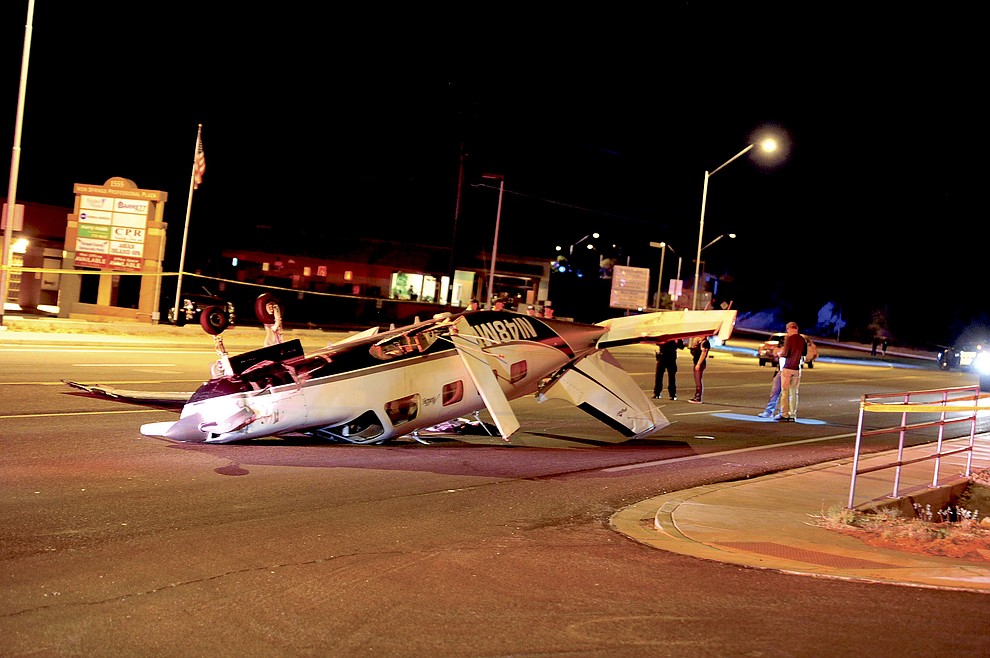 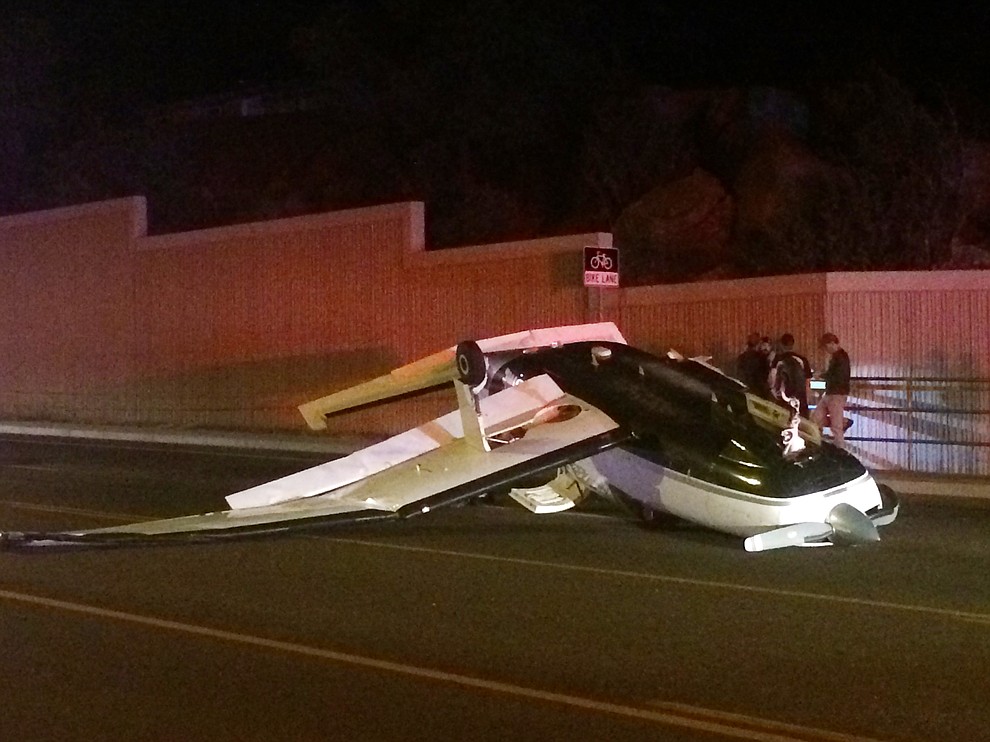 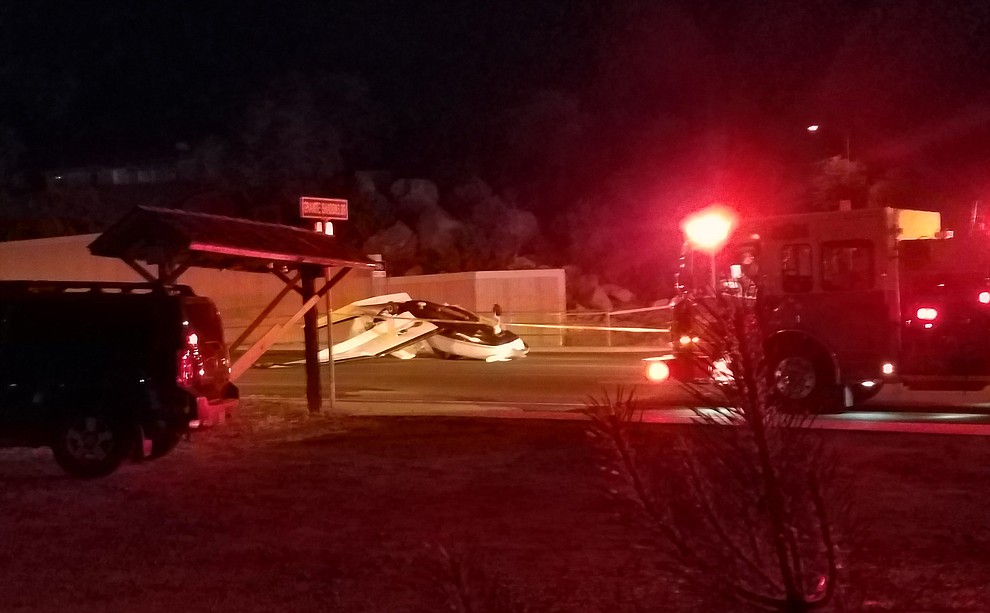 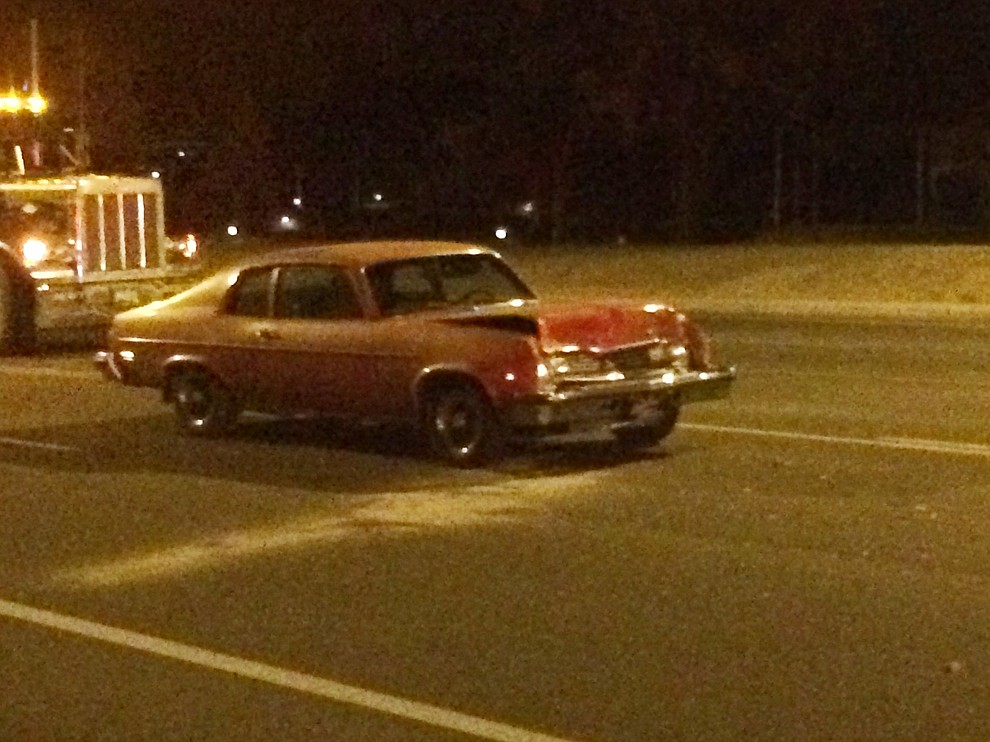 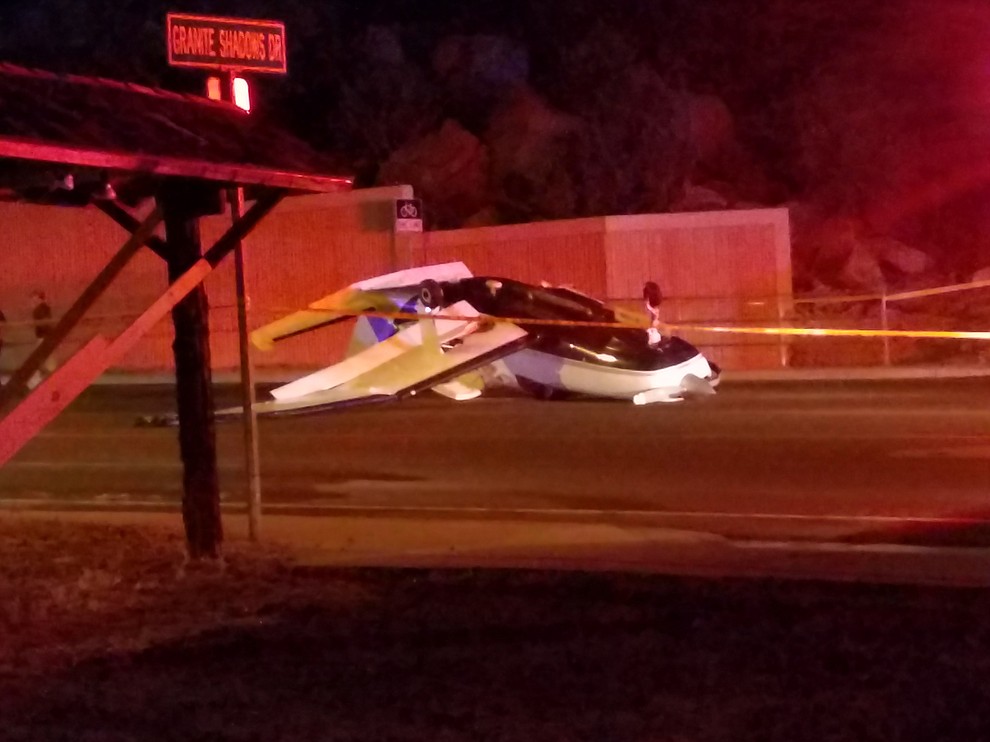 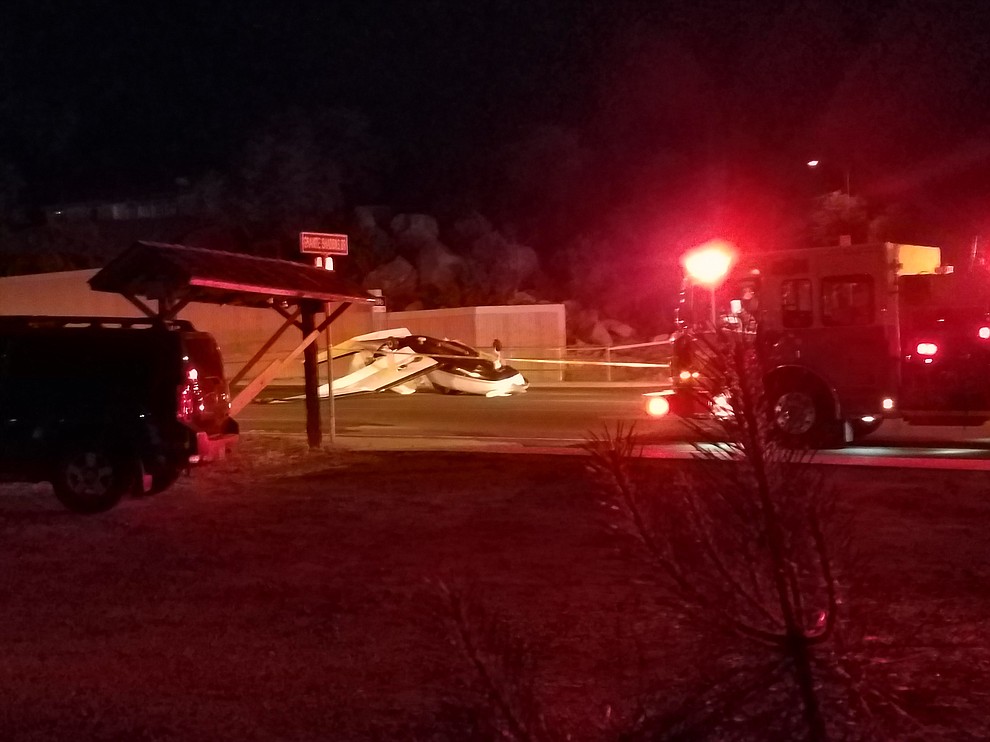 The Piper Malibu, single-engine prop plane contacted the Prescott Airport Tower reporting that it had a low fuel emergency at about 9 p.m. Tuesday. The pilot was trying to reach the airport, but was forced to attempt an emergency landing on Iron Springs Road. The three people on board survived the crash. (Armando Rodarte/Courier) 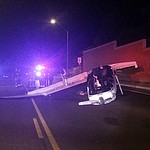 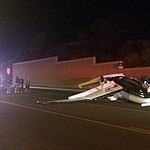 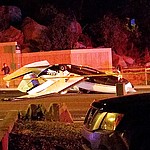 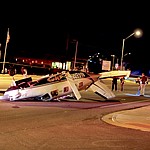 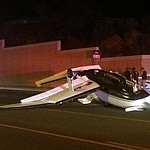 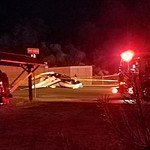 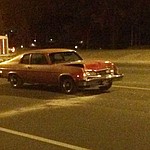 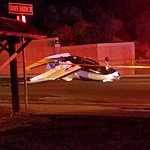 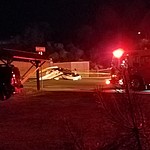 An aircraft that ran out of fuel crashed and flipped on Iron Springs Road as it attempted to make an emergency landing Tuesday night.

According to Prescott Airport officials, three passengers on board the plane survived the crash with minor injuries. The two males and one female were taken to Yavapai Regional Medical Center in Prescott to be evaluated.

The 6-seater, Piper Malibu aircraft originated out of John Wayne Airport in Orange County, California, with Prescott listed as its destination.

“We understand that the pilot contacted the tower with a low fuel emergency request,” said Robin Sobotta, director of Prescott Airport. “They were approved to proceed to Prescott for an emergency landing but they did not make it.”

The plane was attempting to land west to east on Iron Springs Road in the 1500 block, crashing about 100 yards west of the Iron Springs Cafe when its right wing clipped a light pole and flipped the aircraft.

“It was a remarkable landing considering the extreme circumstances, landing at night on a road that has some curves to it,” Sobotta said. “We are very, very relieved that the outcome was no major injuries and no fatalities.

“We also are very fortunate that, at this time of the evening, traffic was limited on the roadway,” Sobotta said.

Besides the light pole, no buildings or structures were damaged in the crash.

Two cars were involved in a rear-end accident after the plane hit the ground. Police believe the distraction of the wreckage and emergency vehicle lights may have played a role in the car crash, said Officer Matt Medina with the Prescott Police Department.

A tow company was called to transport the aircraft to the Prescott Airport where it will be examined by investigators. It was expected that the wreckage would be cleared and roads reopened by midnight.

“I’d like to acknowledge the Prescott police and fire department personnel for the way they quickly responded and secured the scene so that no additional injuries or accidents occurred,” Sobotta said. The City of Prescott Airport Department also responded to the crash.

The names of the pilot and passengers are not being released at this time.