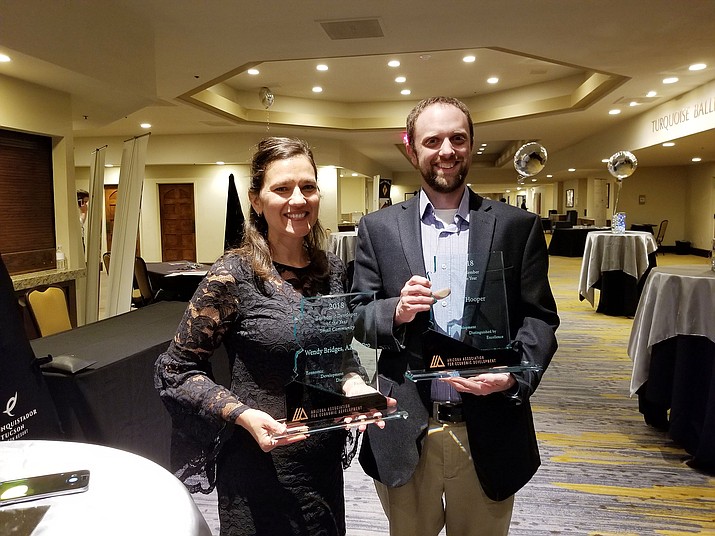 Wendy Bridges of the City of Prescott and Ben Hooper, from the Town of Prescott Valley, were honored recently by the Arizona Association for Economic Development. (Courtesy)

The EDDE Awards honor individuals and organizations that have made significant contributions to the advancement of the organization and also to the economic growth within the state of Arizona. Recipients are selected from a pool of nominations made by members of AAED.

Bridges was recognized for her role in helping RESA Wear, a footwear company based in Prescott, obtain financing, create 30 new jobs and expand its footprint in Yavapai County. RESA Wear’s projected growth is expected to generate an additional 150 new jobs and further benefit the area by sourcing products from other Prescott companies.

Hooper was honored for his immediate impact on AAED within the first few months of joining the organization. He has become an active leader of AAED’s Northern Arizona Committee and was instrumental in organizing a Prescott Valley symposium titled, “The Economic and Community Value of Sports.” He also chaired the organization’s Fall Forum in Prescott.