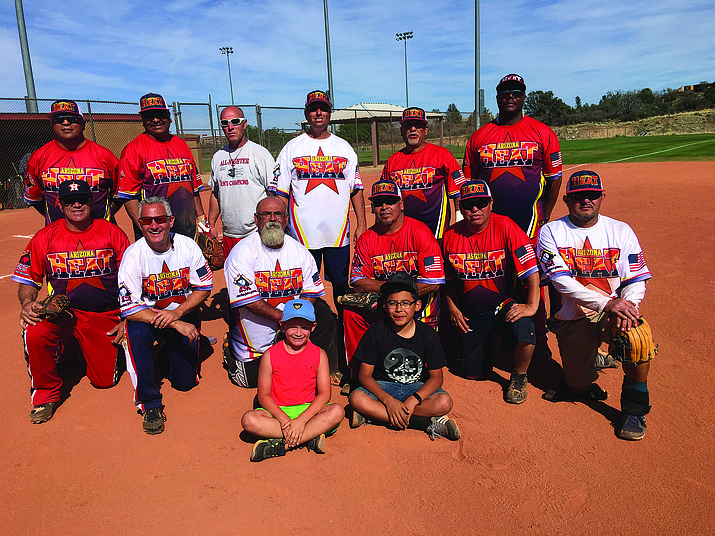 The Heat from Mesa pose for a photo after winning the annual Tobin-Glick Memorial Softball Tournament on Sunday, May 20, in Prescott. (Lani Beach/Courtesy)

PRESCOTT — In the age 50 to 55 division, The Heat from Maricopa went into the title game undefeated but lost to 4 The Fallen from Mesa after the club rallied to win 18-16 at the Tobin-Glick Memorial Softball Tournament.

The Heat returned the favor, however, claiming the championship with a 24-21 win over 4 The Fallen on Sunday in Prescott.

In the championship game for the 60’s majors division, Old School defeated the Ancients 22-9 to claim the title Sunday in Prescott. Bill McKnight, Mike Gault, Jim Fisher from Prescott led the way, including a two home run performance by McKnight.

In the age 60 division, Full Throttle came away with a 20-13 victory over Resultz from Phoenix.

Coach Mark Spencer said, “Both teams were tired. I guess we were lucky enough to outlast them.”