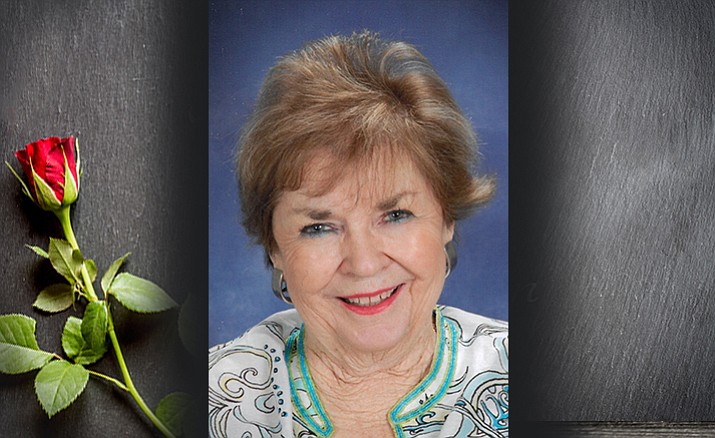 Betty Walker Bartol, 2nd generation Arizonan and true pioneer woman, died May 9, 2018, at La Loma Care Center in Litchfield Park, Arizona. She was born April 20, 1933, in Phoenix to Tommy Walker and Gertrude Champie Walker. Betty’s younger years were spent on the family ranches in Kingman and Bumble Bee. Her horse riding skills started at age 3. She rode her horse, “Glasey,” to the Bumble Bee school house her first two years of education. In the summer of 1941, the family moved to Glendale so she could enroll in Glendale Elementary for further instruction. She graduated from Glendale High School in 1951. Those horse riding skills were apparent when she was crowned Rodeo Queen for the Glendale Rodeo in 1951.

Plans to attend college for teaching or nursing certificates were cancelled when cousin, Lawton Champie, introduced her to Walter Bartol. That chance meeting led to marriage on Sept. 18, 1951. After Walter graduated from the University of Arizona, he partnered with Betty’s father, Tommy, in the cattle feeding business in Peoria, Arizona. In 1968 Walter’s career moved to the Agriculture Department at Valley National Bank in Phoenix and Casa Grande. Betty stayed active in the Peoria and Casa Grande communities and raising three children (Tom, Lisa, Lynn), teaching them ranching philosophy and western ways. She was a member of Saddle Bags, a women’s horse riding association, and an avid golfer at Arrowhead Golf Club.

After Walter’s retirement in 1988, they traveled the USA in a motorhome, experiencing many entertaining journeys. After Walter’s death in 2004, Betty continued to visit family and friends and retired to La Loma Village in 2012. She continued to travel until health issues curtailed those activities. Betty was preceded in death by husband, Walter; and parents, Tommy and Gertrude Walker. She is survived by son, Tom (Margaret); daughter, Lisa (Bruce Baskett); son, Lynn’ and sister, Bobbi (Don Keith). She is also survived by three grandchildren, Rebecca Baskett, Cassandra Baskett and Walker Bartol.

Private services will be held at the family cemetery in Castle Hot Springs, Arizona. A western gathering of friends, family, stories and memories will be held at the Wickenburg Country Club, 1420 W. Country Club Dr., Wickenburg, Arizona, on Saturday, May 19, 11:30 a.m.-4 p.m. A special thank-you to La Loma Care Center and Hospice of the Valley for gracious care and comfort. Memorials may be sent to Hospice of the Valley, 1510 E. Flower St., Phoenix, AZ 85014. Condolences may be shared at www.menkefuneralhome.com