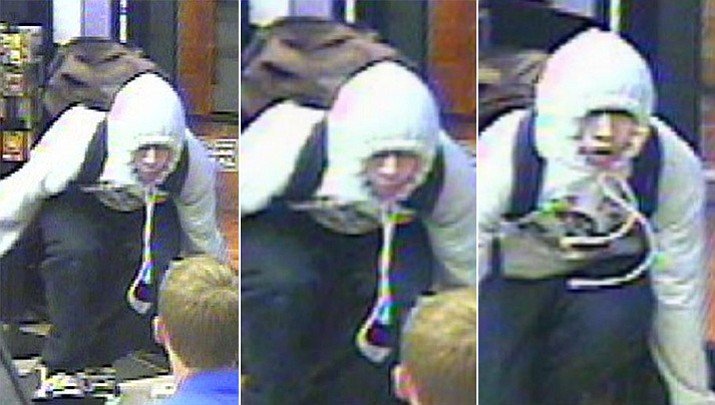 Tucson police have identified the hooded teen in these 2013 surveillance images as Matthew Montano. Investigators determined Montano killed 22-year-old convenience store clerk Erick Bridges. But when officers went to locate him they learned that Montano had killed himself in 2014, a year after the confrontation. He was 18 years old. (Tucson Police Department)

TUCSON (AP) – Tucson police say they've determined that a man who died in 2014 at age 18 was the person who fatally stabbed a convenience store clerk during a confrontation the previous year.

Police said Saturday the identification of Matthew Montano as the killer of 22-year-old Erick Bridges was made after the police department's cold case homicide unit resubmitted forensic evidence, including a fingerprint from the crime scene.

Police say updated technology matched the fingerprint to Montano and police then learned he died by suicide in 2014.

However, police say the identification then was confirmed by comparing Montano's DNA with blood evidence from the homicide scene.

Detectives have now closed the case of Bridges' homicide and that his next of kin has been notified.