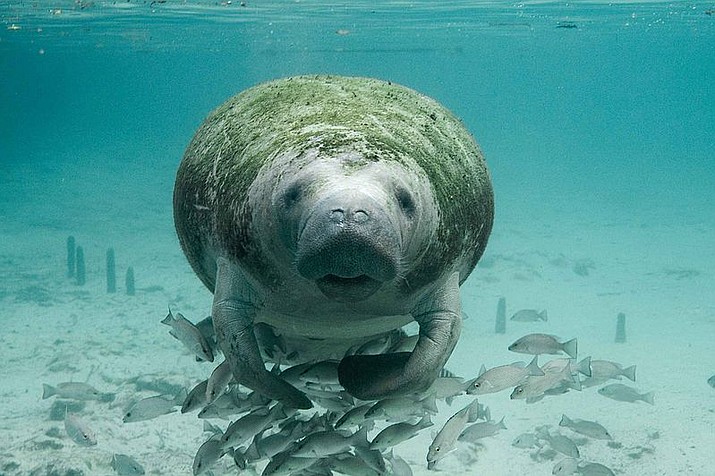 STOCK ISLAND, Fla. (AP) — A Florida man who allegedly slapped the water near a group of mating manatees has found himself being slapped with a harassment charge.

A Fish and Wildlife Conservation Commission report identifies the culprit as Luis Miguel Perez, a 49-year-old fisherman in the Key West chain.

The Miami Herald reports that Officer Glen Way used his phone to record the fisherman. It’s illegal to poke, prod, pursue or feed manatees in Florida, and that includes giving them fresh water, splashing or making excessive noise.

Mary Stella with the Dolphin Research Center says harassment is defined as “anything that alters the animal’s natural behavior.”

According to Monday’s arrest report, there were 16 manatees in the group. The fisherman was charged with a second-degree misdemeanor.

It’s unclear whether he has a lawyer.