Two offline wells: one with arsenic, one plugged up
Town hires consultants for evaluation of viability 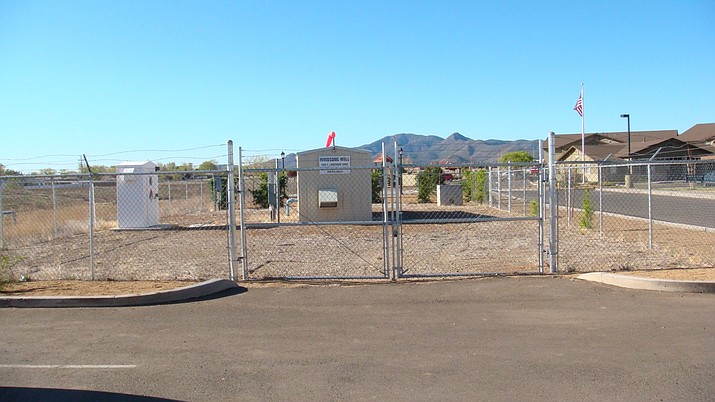 The Windsong Well, located northeast of the Windsong and Lakeshore Drive intersection, was constructed in 2002. (Courtesy)

Two non-performing wells in Prescott Valley may produce good water in the future, but right now, the town needs to find out what to do about arsenic levels in one and mud in the other.

The original drilling company, used a large amount of “drillers mud” during the digging of the well, which was deposited on the walls and blocked water-bearing production zones, he said.

“We’re looking at, do we leave it here and not use it, or do we drill another?” Wadsworth said. A new well would cost $750,000 for drilling and piping.

The town took the well offline 12 years ago. Historically, the well, at 1,150 feet, produced about 75 gallons per minute, a very small amount for a production well. The town would like to see it closer to 500 gpm or more. 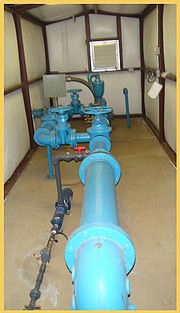 The inside of the Windsong Well station showing the pumps and pipes that are in need of evaluation to know if this well is worth saving or a new one is needed. (Courtesy)

Southwest Groundwater Consultants brought an evaluation proposal for $15,700 to the town to consider. The evaluation will check records from the original company and subsequent contractors, as well as records of other nearby Santa Fe Well Field wells; geology and hydrogeology data; operation and measurement of the well’s discharge and water level; and perform a video log to ascertain present condition, which requires removal of existing pump equipment.

Based on the results of the evaluation, the consultants will provide options that could include deepening the well, redevelopment actions, constructing a new well at the same site, or construction of a new well at a different site.

Wadsworth said the consultants indicate that the material used when the well was originally drilled may have degraded to a point where it is possible to restore the well.

The Long Shot Well, located north of Highway 89A and west of Viewpoint, has intermittently tested high for arsenic — it exceeded EPA standards seven times in the past four years. The levels fluctuate, but the frequency for high levels is increasing.

“So we are not able to use this well,” Wadsworth said.

Producing 500 gpm, the town is not able to rely on this well for water. The well had been deepened, and water from the deeper source produced higher arsenic concentrations. To replace the well also costs about $750,000.

Wadsworth said the town has two options: drill another well or do what other municipalities have done and blend water from this well with water from other wells testing low in arsenic.

“Every well is different, every location is different. We look at them on a case-by-case basis,” he said.

Southwest Groundwater Consultants submitted a proposal for $22,815 to the town to evaluate the Long Shot Well. The work will include checking records on equipment installation, pumping rates, water levels and water quality at this and other wells in the North Well Field. It will collect and analyze samples during an eight-hour period, at one-quarter, one, four and eight hours.

A video will check on location, volume and quality of water entering the well. The report will include recommendations for modifications to reduce arsenic levels.

Council unanimously approved the expenditures for evaluations on both wells at its March 22 regular council meeting.