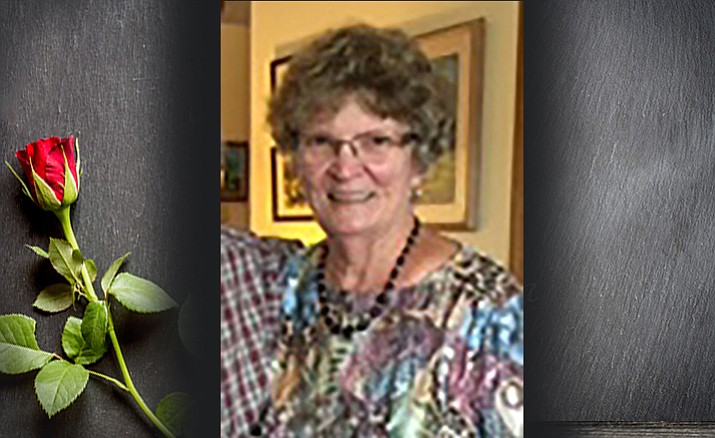 Family and friends are deeply mourning the loss of their beloved mother, grandmother, great-grandmother and friend, Patricia Semlich. “Pat,” as many of us called her, was born May 13, 1930, in Prescott, Arizona, where she grew up. After graduating high school, she attended Phoenix College and received an Associate’s Degree in nursing. She used her degree to specialize in ER trauma and helped pioneer in the development of the renowned acute trauma unit implemented at John C. Lincoln Hospital, Sunnyslope, Arizona. Pat trained nurses and paramedics in newly specialized techniques, improving the lifesaving skills of critical first-responders who saved countless lives through her efforts.

After retiring, Pat returned to Paulden and Chino Valley, Arizona, with her then-husband, Jack Zimmerman. After Jack’s death, Pat married Charles “Charlie” Semlich, and they continued to reside in Chino Valley, Arizona, until they purchased a second home in Sun City West, Arizona. The couple divided their time between Sun City and Chino Valley, as many do, until Charlie’s death in 2016. In addition to her nursing career, Pat, who was artistic by nature and seldom idle, redirected her talents to painting, stained glass, exquisite quilts and a favorite of all, her quilted stuffed pumpkins! She loved dance, music, her pets and a great book.

Pat’s interior light and depth of love touched multitudes of people in her 87 years, until her death on March 13, 2018, in Sun City West, Arizona.

Pat is survived by two of her three natural-born children, step-children, grandchildren and great-grandchildren, too numerious to mention, but all loved and admired equally by their biggest fan and supporter: Mom, Grandma and Great-Grandma.

A mass celebrating the life of Patricia will be held at St. Catherine LaBoure Catholic Church in Chino Valley, Arizona, on Tuesday, April 3, at 10:30 a.m. In lieu of flowers, the family suggests a donation to the Wounded Warrior Project.