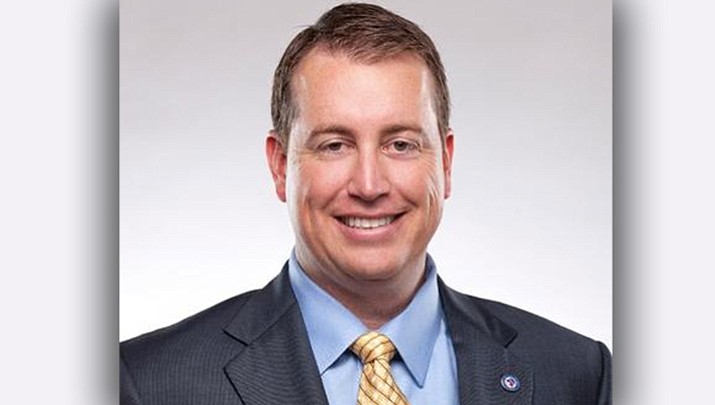 PHOENIX (AP) — Arizona’s state treasurer said Tuesday he will step down next week to start a job as NASA’s chief financial officer and expects the governor to choose a replacement who isn’t currently seeking the job in the November election.

Treasurer Jeff DeWit also said he hopes Gov. Doug Ducey acts before DeWit’s formal resignation on April 3 so he can assist in the transition involving the office that manages the state’s cash, including a $6 billion land trust and cash investments for local governments.

Ducey spokesman Daniel Scarpinato declined to say if the governor will appoint a placeholder or a current candidate for the office. He also said he plans to wait until DeWit resigns to name a replacement.

The stance by the governor’s office highlights ongoing friction between the two Republicans that came to a head when DeWit opposed the governor’s 2016 effort to tap the land trust to pay a settlement in a school funding lawsuit.

DeWit argued that taking extra cash from the trust violated the Enabling Act, a law creating Arizona as a state in 1912 that set aside 9 million acres of land to primarily benefit schools.

DeWit said the move required an act of Congress, but Ducey argued that wasn’t needed

However, a federal judge ruled Monday that the added withdrawals from the land trust violated the Enabling Act, at least until Congress acted. That means the state could be forced to repay at least $344 million to the trust.

“I am not surprised the federal judge found it illegal, because it is illegal, the way it was worded and the way it was done without congressional approval,” DeWit said at a news conference announcing his departure date.

He said he’s troubled that the state’s schools remain underfunded and hopes a solution can be found. The state’s teachers are among the lowest-paid in the nation.