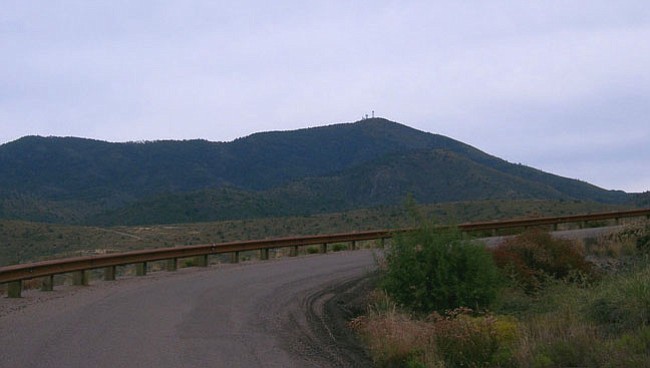 Mount Ord, pictured from the pull off area at the base. (shsnyder/wikimedia https://goo.gl/eyCSXk)

PHOENIX — Maricopa County Sheriff’s officials say a group of hikers have been rescued from Mount Ord.

They say a church group went for an afternoon hike Saturday at the mountain summit located in the Tonto National Forest about 70 miles (112 kilometers) northeast of Phoenix.

The group called for help about 5 p.m., saying they were lost and stuck on a cliff. The sheriff office’s search and rescue team was called out to find the group. All 24 people in the group were found and flown out by MCSO helicopter by 1 a.m. Sunday.

Sheriff’s officials say nobody in the group suffered any major injuries.

They say the shooting occurred Saturday night in northeast Phoenix. Police say 64-year-old Troy York called to report that he had shot his 57-year-old brother Gregg York during a family fight. Officers arrived and located the victim, who was transported a hospital and later pronounced dead.

Police say Troy York has been arrested on suspicion of second-degree murder.

It wasn’t immediately clear Sunday if he has a lawyer yet.

PHOENIX — Authorities have identified a man who was armed with a knife before Phoenix police fatally shot him.

Police say 23-year-old Kevin Robles was taken to a hospital after Friday’s shooting and pronounced dead. They say the shooting occurred after officers responded to a call about a vehicle break-in.

When officers arrived, they found Robles holding a knife. Police say the officers tried to use a stun gun on Robles three times, but it had no effect. They say Robles then began attacking the officers with the knife, prompting officers to open fire.