Grier: Ban on AR-15s, raising age not the answer 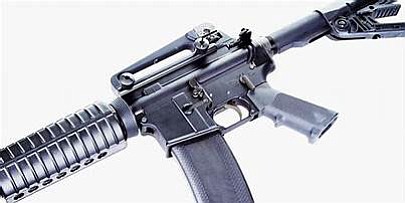 Having watched the news after the tragedy in Florida, it is time to rationally discuss what is happening in our country. A good starting point is to start with common ground, which is that both sides of the issue want to stop school shootings and the massacre of our children as well as firearm crime overall. I have done some research on the issues and provide the following for your readers’ consideration:

1 - Background Checks: Of the last five mass shootings, each criminal passed a background check to acquire their firearms. Two exceptions were where the criminal stole the firearm that was used in the crime and, in the San Bernardino shooting, the criminal used a third party who illegally purchased the firearm for the criminal. In the case of the Texas church shooting, the government failed to report that the shooter was a domestic abuser and dishonorably discharged, both of which would have disqualified him from purchasing a firearm. Law enforcement had been called to the house of Nicholas Cruz almost 30 times and the FBI was provided with credible evidence that he posed a threat to others, yet no action was taken. Not every state is providing the type of information to the FBI that will allow them to provide comprehensive background checks. In the Virginia Tech shooting, the Brady Center to Prevent Gun Violence (hardly a pro-gun advocate) stated that given the shooter’s history of mental illness and under existing federal law, neither of the firearms that he purchased should have been permitted. Clearly, the background check system needs to be fixed before expanding a system that has repeatedly failed.

2 - AR-15 Rifle Ban: The Virginia Tech shooter murdered 32 people and wounded 17 others. He used a Walther P22 and Glock 19 semi-automatic pistols in .22LR and 9mm. No AR-15 was used. The Santa Barbara criminal used a knife and three handguns, a Glock 34 and two Sig Sauer P226’s to eventually murder six people. Magazine capacities per California law were 10 rounds, which had little effect on his rampage. The Texas church shooter was stopped by a civilian using an AR-15 rifle against an attacker with body armor. FBI statistics show of all firearms murders, 6,447 used handguns; 252 used rifles; 269 used shotguns; 1,544 used knives; 437 used blunt objects; and 624 used their hands. Rifles still represent the least used firearm in murders. A Department of Justice study of the 1994 Assault Weapons Ban stated: “Should it be renewed, the ban’s effects on gun violence are likely to be small at best and perhaps too small for reliable measurement. Assault Weapons were rarely used in gun crimes even before the ban.” The government cannot take the position they are there to protect you (with background checks, security officers, etc...) and then not do so, but then strip law-abiding citizens of their right to purchase a firearm for self-defense.

3 - Arming Teachers/Campus Carry: A. In the case of Castle Rock v. Gonzales, the US Supreme Court ruled that law enforcement has “no duty to protect” citizens. There was a law enforcement officer on campus in the Florida school shooting. He declined to intervene to save those children. When those tasked with the assignment to protect innocents do not protect, it is up to citizens to protect themselves. People on scene will always be the first responders. Only 10 states allow law-abiding citizens to carry concealed firearms on campus and out of those states, there is almost no illegal use of firearms by the permit holders. Gun Free Zones stop only law-abiding citizens from their right to self-defense when facing a mass shooter. In no mass shooting did a “Weapons Prohibited” sign stop the criminal shooter.

4 - Raising the Age to 21 to Purchase a Rifle: Nicolas Cruz bought his rifle at 18, but waited one year before he committed his heinous crimes. The 1968 Hand Gun Control Act raised the age to 21 to purchase a handgun to reduce crimes with handguns, yet handguns continue to be the number-one-used firearm to commit murder, thus invalidating the rationale that raising the minimum age will reduce murders with a specific firearm.

The bottom line is that if there is a law that can be passed that will stop mass shootings, but retain our Second Amendment rights, I am in support. However, I do not agree with the rationale that we need to pass more laws that will not have any effect to stop these shootings just for the sake of “doing something.”

Donald S. Grier is an attorney, owner of Prescott Gun Club along with his wife, Elizabeth, and is a firearms instructor. He has lived in Prescott since 1994 splitting his time between California and Arizona, until 2005 when he moved to Prescott full time.