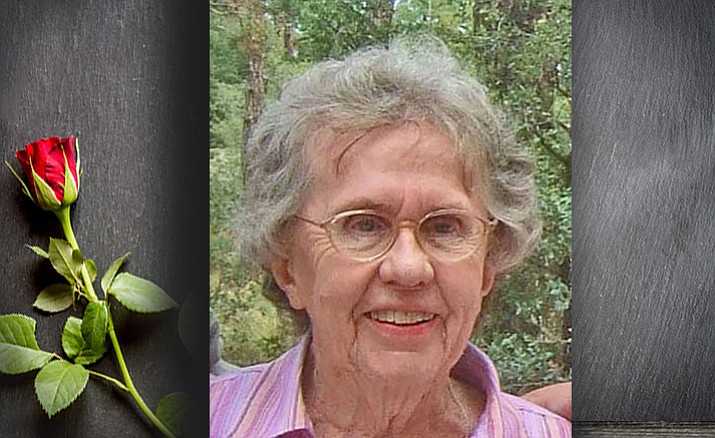 Dorothy June Travis passed away on Feb. 25, 2018, in Phoenix, Arizona. Dorothy was born in Prescott, Arizona, on June 31, 1932, the eighth child of William Bliss and Dorothy (Day) Travis.

Dorothy grew up in Prescott and graduated from Prescott High School in 1950, where she was on the school tennis team. She graduated from St. Joseph’s Hospital School of Nursing in Phoenix, Arizona, in 1953 as a Registered Nurse. She returned to Prescott to care for her mother and after her mother’s passing, Dorothy worked at the Prescott Veteran’s Administration Center. In 1957, Dorothy become a novice in the Daughter’s of Wisdom order of the Catholic Church. She was assigned to hospitals in New York, Virginia, and Connecticut, before leaving the order in 1969.

After returning to Arizona, Dorothy worked as a registered nurse in Prescott and Phoenix for over 40 years. She enjoyed working as a special duty nurse and with premature babies.

Dorothy was an expert cross stitcher, enjoyed photography, and traveling. She was very active in the Catholic community in Phoenix. Dorothy is survived by her brothers, William and Warren; and sister, Mary; as well as 25 nieces and nephews, and numerous grand and great-grand nieces and nephews. Dorothy was predeceased by her brother, George; and her sisters, Marjorie, Nancy, Barbara, and Sharon; and one nephew.

A private family burial service will be held at the Travis family burial plot at Mountain View Cemetery in Prescott, Arizona, on March 20, 2018, at noon. Memorials to Dorothy Travis may be made to St. Francis Xavier Catholic Church in Phoenix.