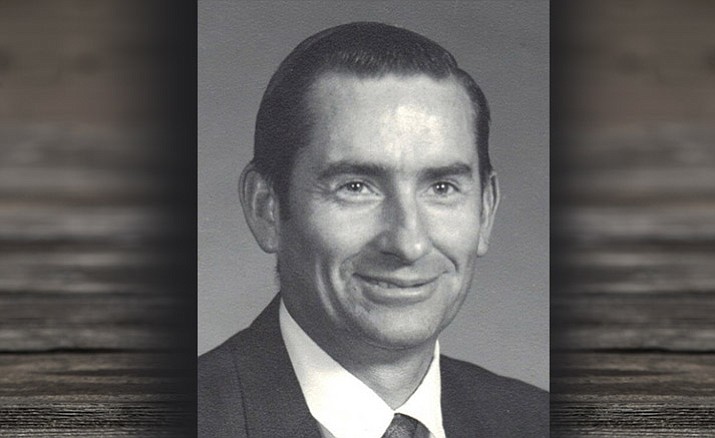 Bob was raised on the family farm in Drake, North Dakota, married LaRita Voelz on Feb. 15, 1957, and continued farming with his wife until becoming an insurance agent with Lutheran Brotherhood (Thrivent Financial) and moving to New Rockford, ND, in the mid-60s. In 1972 he moved his wife and five children to Glendale, Arizona.

Bob retired in 1995 and spent many blessed years with his wife in the Prescott Valley area, before she passed away in 2011.

Bob’s family and friends will miss hearing his innumerable stories about farming, fishing, horseback-riding, and days long past.

Bob was a devoted husband and father, active in the church, and had numerous friends during his lifetime. He will be remembered for his kindness and generosity.

In lieu of flowers, the family requests donations be made in Bob’s name to: God’s World Preschool & Childcare, 3950 N. Valorie Drive, Prescott Valley, AZ 86314. Ruffner-Wakelin Funeral Homes and Crematory assisted the family with arrangements. Please login on to www.ruffnerwakelin.com to sign the online guestbook and share a memory with the family.