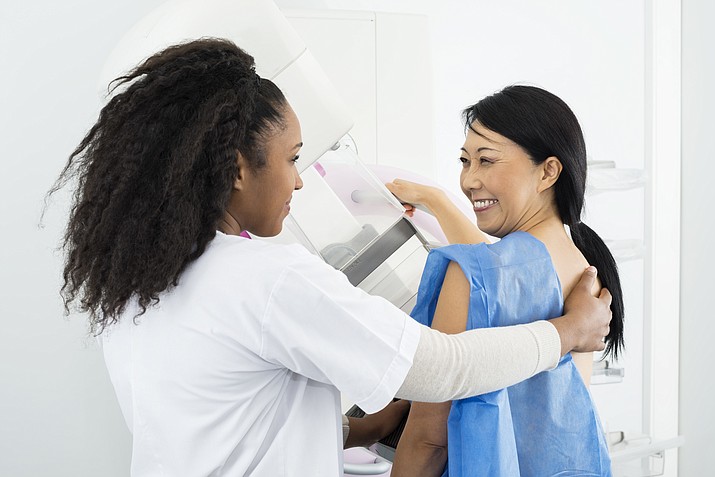 Research confirms that breast cancer is the second most common type of cancer afflicting women in America, so detecting it is a high priority. (Adobe Stock)

Yavapai Regional Medical Center (YRMC) introduced two additional 3D Tomosynthesis mammography units to their imaging sites in March, bringing the total to three in the YRMC network. The evidence is clear that Tomosynthesis — 3D mammography — is a more precise screening for breast cancer for certain women.

According to Kathleen Hoffer, Imaging Operations Manager for the BreastCare Center at YRMC, “3D mammography is becoming the standard, especially for women with dense breast tissue, and we want to make it available throughout the community. This is why we placed a new Tomosynthesis unit at Prescott Medical Imaging in Prescott and an additional unit at the BreastCare Center in Prescott Valley.”

Research confirms that breast cancer is the second most common type of cancer afflicting women in America, so detecting it is a high priority.

The standard 2D mammogram creates a 2-dimensional image of the breast with two X-ray images of each breast. The 3-dimensional mammogram adds an additional view that allows breast tissue to be evaluated in greater detail with no significant increase to the radiation dose.

“When someone gets a call back and has to return for additional screening, it is very anxiety-provoking for the patient and their loved ones”, states Radiologist Brent Johnson, MD. “This is another reason 3D mammograms are better for the patient. If there is a 15 percent chance of being called back — using conventional 2D mammograms — some women may decide to avoid mammograms all together, which increases the chance of a breast cancer being missed entirely. It is very sad when I see advanced cancers that could have easily been detected much sooner simply by having a timely mammogram.” When a woman is screened with a 3D mammogram, the call back rate decreases by half from 15 percent to about 7 or 8 percent, which significantly reduces the need for additional testing and associated anxiety.

Dr. Johnson states, “The extra cost of a 3D mammogram is mitigated by not having to do as many ultrasounds or extra views, a breast MRI or biopsy. Those extra tests are not only more expensive in the long run for patients, but often can ultimately increase radiation exposure compared to starting with a 3D mammogram.”

Kathleen Hoffer adds, “3D mammograms are performed based on provider or radiologist recommendation. Patients who are aware that they have dense breast tissue should insist on a 3D mammogram.”

Many insurance providers, including Medicare, have now opted to cover Tomosynthesis screenings, because it is actually less expensive in the long run, making the 3D mammogram better for patients in terms of cost. Some patients opt to pay the additional cost not covered by insurance simply for their peace of mind, knowing they are getting the most state-of-the-art mammogram.