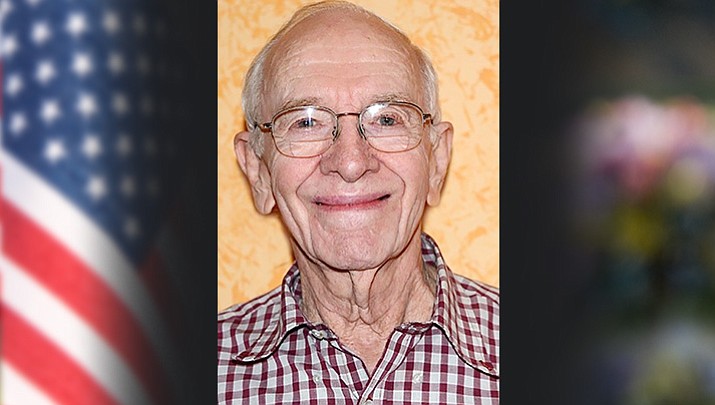 Dave was raised in Arizona and moved frequently, due to the nature of his father’s career with Arizona Edison. The family eventually ended up in Yuma, Arizona, where he graduated from Yuma High School. Dave served in Gen. Douglas MacArthur’s Honor Guard in Japan and later served in a U.S. Army artillery battalion during the Korean War. He was a long time member of the General MacArthur Honor Guard Association.

Dave studied engineering at the University of Arizona, where he met Virginia (Ginny) Noland. In 1949, they were married in Dallas, Texas. Soon after their marriage, they moved back to Arizona to resume attendance at the University of Arizona. He and Ginny had three children: Lynne, Sue and John, and the family settled in Long Beach, California. Although Dave often worked long hours, he treasured time with his family. His children always knew they were loved and that family was his first priority. Dave had a lengthy career with Sully-Miller Contracting Company in Southern California and held positions of estimator, division manager and Vice President. He later became President of South Coast Asphalt Products and Regional Vice President of Beazer PLC, relocating to Valley Center, California.

After retiring in 1989, Dave continued working as a consultant. He and Ginny moved back to Arizona in 1993, settling in Prescott and built a lovely home in Forest Trails. His loving wife, Ginny, passed away July 7, 2015. Dave was known for his patience, thoughtfulness, ability to listen and a keen sense of humor. He was a Christian, a loving husband, devoted father and grandfather, as well as a faithful friend. Dave served as an Elder many years at Grandview Church in Valley Center, California.

His interests included photography, gardening, traveling, hunting, camping, fishing, and taking nature walks. In later years, he enjoyed card games, fitness classes and Bingo with his friends. Dave was also a member of the Rotary and Willow Hills Baptist Church in Prescott.

Dave will be remembered for his sense of humor, as well as his love for family and friends. His family rejoices that one day they will see him again in Heaven.