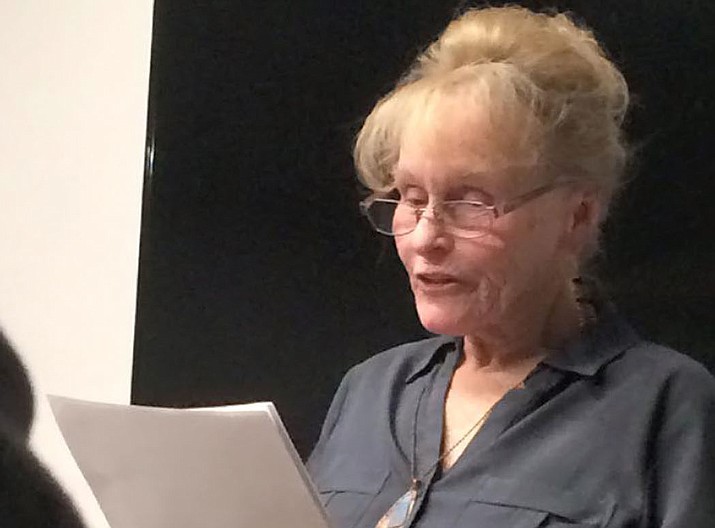 Writers can tell a story from one character’s viewpoint, but this limits what a reader is able to know about what another character is thinking. And sometimes when authors switch viewpoints, the reader gets confused.

Author and Prescott resident Susan Lang will offer a free workshop as an “Interactive Talk on Writing with Multiple Viewpoints” at 2 p.m. Saturday, June 23, at the Peregrine Book Company, 219A N. Cortez St. in Prescott. The discussion will include when, why, and how to use multiple viewpoints effectively, as well as advancing the storyline, enriching narratives, tips and traps.

Lang’s fifth novel, “In God’s Trailer Park,” published in 2017, is written from the multiple perspectives of its wide variety of characters. The novel depicts the nitty-gritty lives of residents of a small Mojave Desert town.

“The workshop is not just for people writing novels with multiple points of view, but it might give them some ideas,” Lang said. “I’ll talk about why and how I did it, but anyone can ask a question about anything about writing.”

Lang also authored a trilogy of novels published by University of Nevada Press about a woman homesteading in the southwestern wilderness from 1929 to 1941. The first, “Small Rocks Rising,” won the 2003 Willa Award, and she received a 2008 Project Grant from the Arizona Commission on the Arts to work on “The Sawtooth Complex,” published by Oak Tree Press. She also has published short stories and poems in several magazines.

Lang founded and directed the Southwest Writers Series and Hassayampa Institute for Creative Writing at Yavapai College. Currently, she is Faculty Emeritus at Yavapai College, teaches courses at Prescott College, and serves as event coordinator at the Peregrine Book Company. She plans to offer a two- to three-week writing workshop later this summer.