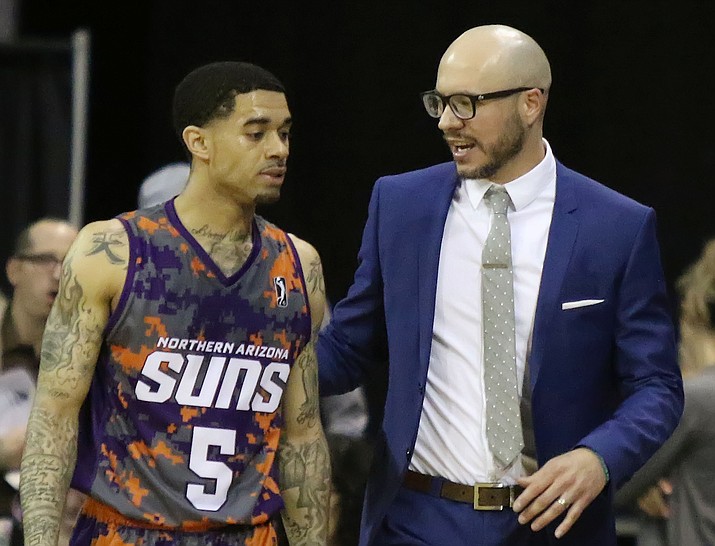 PRESCOTT VALLEY — The Northern Arizona Suns will be in the market for another head coach this offseason as Cody Toppert was promoted to the Phoenix Suns as an assistant coach under Igor Kokoskov on Thursday afternoon.

The news broke minutes before the Suns selected Arizona Wildcats center Deandre Ayton with the No. 1 overall pick in the NBA Draft. Craig Grialou of arizonasports.com was the first to report the news as the Suns announced a finalized coaching staff under Kokoskov.

Toppert said he was “grateful” for the opportunity that Kokoskov, Suns General Manager Ryan McDonough and owner Robert Sarver are giving him in the NBA.

“It’s a dream, a life changing thing,” Toppert said. “Igor has been great to work with and so supportive.”

Ty Ellis, Northern Arizona’s first head coach during the inaugural 2016-17 season in Prescott Valley, was promoted to Phoenix prior to the beginning of the 2017-18 season after leading the Suns to a 22-28 record.

After interim coach Jay Triano fell out of consideration for the permanent head Suns job, Ellis did not return.

The Suns brought in Toppert to replace Ellis and lead the club after two seasons as an assistant coach for the Rio Grande Valley Vipers. The former Ivy League guard (Cornell, 2001-05) guided the Suns to a 23-27 record in his only season on the bench in Prescott Valley.