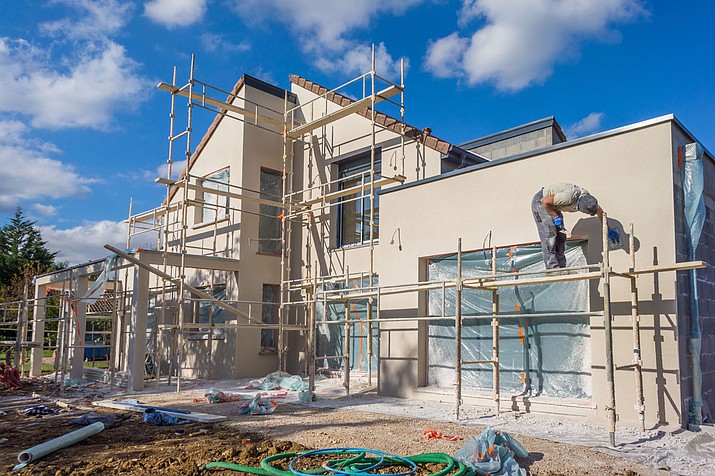 Arizona added 2,500 construction jobs in May. That brings the year-over-year increase to 13,100, which is 9.1 percent higher than a year earlier. By contrast, construction employment nationally is up just 4.2 percent in the past year. (File photo)

And there are indications on the horizon that trend will continue — unless rising interest rates dampen demand. 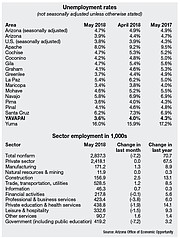 The state added 2,500 construction jobs in May. That brings the year-over-year increase to 13,100, which is 9.1 percent higher than a year earlier. By contrast, construction employment nationally is up just 4.2 percent in the past year.

Still, things aren’t quite like they were during the recession when employment peaked at 244,300. Even with the strong gains, the number of Arizona jobs in construction in May was 156,900, about 64 percent from that historic high.

Doug Walls, research administrator at the state Office of Economic Opportunity, said there is a steady increase in the number of permits issued for single-family residential construction, reaching about 3,000 in May. That, however, is still far below the more than 8,000 permits a month that were being issued before the real estate bubble burst more than a decade ago.

Walls also said there is an uptick in permits issued for condominiums, town homes and apartments.

Not surprisingly the largest increase in construction employment is in the Phoenix metro area, which includes both Pinal and Maricopa counties. But Yavapai County is not far behind, with a 9.6 percent year-over-year increase, with 7.1 percent for Cochise County and 6.9 percent for Mohave County.

Pima County was further back with just a 4.6 percent annual boost in construction employment. But here, too, Walls said there are some bright signs, including that there were 416 new residential building permits taken out in April, the most recent figures available, the highest figure since January 2011.

What could possibly affect all that are mortgage rates. Freddie Mac, which purchases mortgages on the secondary market, reported the average rate for a 30-year fixed-rate loan is now at 4.62 percent. That compares with 4.54 percent the prior week and 3.91 percent a year ago.

The other bright spot in the Arizona economy is the state’s manufacturing sector, which has grown 5.5 percent in the past year. “The growth that’s occurred in manufacturing, nearly 9,000 jobs, is the most that we’ve recorded in nearly 20 years,’’ Walls said.

Leading that is employment in companies involved in computer and electronic parts which has added 3,000 jobs, translating to a year-over-year growth of 9.7 percent.

“This is a subsector where we, for the past several years, had seen month after month of job losses,’’ he said.

Walls said he could not accurately say whether the E. coli scare from romaine lettuce produced in Yuma had an effect on employment in that area.

On one hand, he noted that the state monitors only non-farm employment, meaning it does not take into account those working in the fields. But Walls also said there is no indication that related jobs in things like packing and trucking were affected, pointing out that the loss of 500 jobs between April and May in Yuma County is actually less than what normally occurs this time of the year in that county.

Not surprisingly, the number of people working in the state’s hospitality industry declined by 9,300 what with tourists and winter visitors going home.