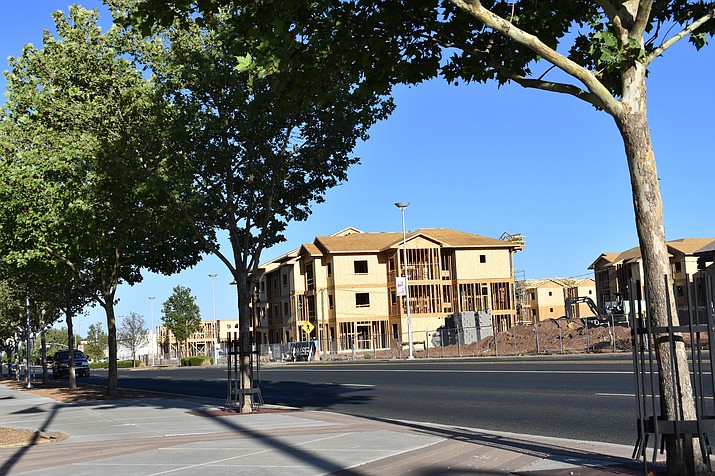 What Renters Must Earn to Afford a Two-Bedroom Apartment

In order to afford a modest, two-bedroom apartment at fair market rent in Yavapai County, renters need to earn $17.13 per hour, according to a report released Wednesday, June 13, by the National Low Income Housing Coalition (NLIHC) and the Arizona Housing Coalition.

The survey, “Out of Reach: The High Cost of Housing,” is updated every year, and reports the hourly wage a full-time worker must earn to afford a modest and safe rental home without spending more than 30 percent of his or her income on housing costs.

“Housing should not be one of the additional struggles placed on Arizonans, especially those with the lowest incomes,” said Joan Serviss, executive director of the Arizona Housing Coalition. “This report highlights the lack of affordable housing available to those on very fixed incomes.”

Working at the 2018 Arizona minimum wage of $10.50 per hour in Yavapai County, a wage earner must work 56 hours per week to afford a modest one bedroom apartment, or, for at two-bedroom, which the report estimates rents for $891 a month, must work 70+ hours per week.

The report noted that the typical renter in Yavapai County earns an estimated hourly mean wage of $13.16, which is still almost $4 less than the hourly wage needed to afford a two-bedroom apartment. The actual mean hourly wage — among all workers, not just renters — is $20.11, according to the U.S. Bureau of Labor Statistics.

“I don’t trust the numbers after reviewing the methodology,” he said. “Additionally, some of the numbers are just wrong, such as the listed minimum wage in Flagstaff. I think this report is an example of an organization that already decided on the outcome and then created methodologies to ensure their already decided outcome would be supported.”

Hooper also noted that the foreword to the report was written by U.S. Senator from Vermont and one-time presidential candidate, Bernie Sanders, who has described himself as a “democratic socialist.”

“Quite frankly, the fact that Bernie Sanders wrote the foreword, combined with the fact that this organization (NLIHC) has a financial motive to ensure that it appears that housing is unaffordable … makes this whole report questionable.”

The NLIHC’s website explains the objective of the organization this way: “The National Low Income Housing Coalition is dedicated solely to achieving socially just public policy that assures people with the lowest incomes in the United States have affordable and decent homes.”

Hooper said there is a market-based way to solve the problem of higher rental rates, and that’s to build more apartments.

“I can tell you the number-one cause of high rental prices is because there are not enough multi-family units to meet the demand. The answer to bringing down the cost of rentals is to build more apartments to meet the market demand. Actual, reliable, data from the U.S. Government shows the rental rates in the region are dropping very slightly and wages are rising very slightly — though I’m sure that data is of little concern to individuals in the (county) who are currently experiencing financial hardships,” he said.