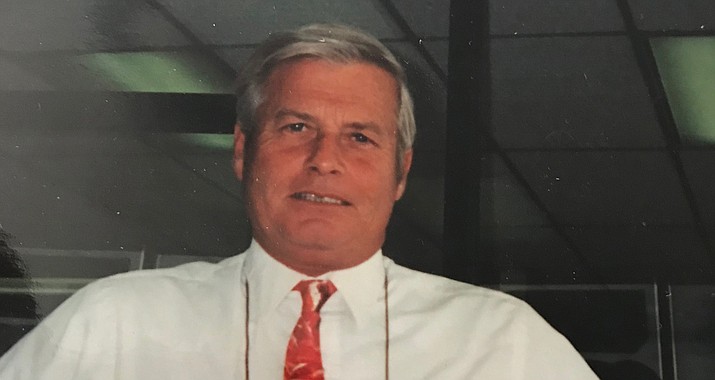 Donald Lynn Voris, 71, born July 28, 1946, in Palo Alto, California, and died May 23, 2018, in Phoenix, Arizona. Don’s accomplishments include serving his country in the United States Navy with five tours in Vietnam.

He went on to become a business owner with several gas stations and two major towing companies. The next chapter of Don’s life he did long-haul trucking and vehicle sales. Don also owned horses and trained police K-9’s for a time.

Don was also an avid believer in the 2nd Amendment and taught firearms handling, safety and target shooting in and around the Prescott area. In 2014 Don married his current wife, Wanda, and they enjoyed target shooting, boating and dinner with friends.

Don also enjoyed his property in Dewey, having a cool drink on the back patio and petting his dog, Billy. We love you and miss you, Don.

A Military Interment Ceremony will be held the last week of July at the Prescott National Cemetery. Memories and condolences may be sent to PO Box 472, Dewey, AZ 86327.