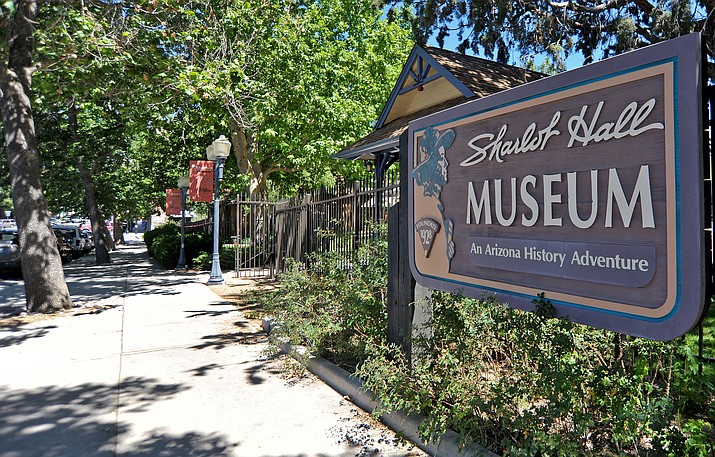 The Sharlot Hall Museum is celebrating 90 years on Monday, June 11, with a full day of festivities.

“We still have the registry that we’ve been keeping for 90 years in the governor’s mansion,” Leja said. “That’s one of the things that the docents take great, great pride in doing is inviting guests, when they come and start walking through the mansion, to sign the registry just as we did 90 years ago.”

To celebrate 90 years, admission to the museum is waived for the day and there will be festivities all day throughout the four-acre museum campus, he said. There will be live entertainment and guests will be able to enjoy a kind of miniature festival. Living history interpreters, museum docents and staff will provide details and histories of Sharlot Hall, the 11 exhibit buildings and displays and exhibits documenting the region’s history and heritage, Leja wrote in a separate release. Hourly drawings will be held to award one-year passes and children will have the chance to enjoy coloring Willoughby cartoons and watching puppeteering presentations by Dick Morgan on the porch of the Frémont House.

Around noon, depending on dignitaries’ schedules, there will be a cutting of a special 90 year anniversary 90-inch cake, Leja said.

“On the cake will be historic photographs of the museum from its beginning all the way to the current,” he said. “It will show a chronology of time of 90 years as part of the cake.”

Visitors will also have the chance to see plans for the new education center and have an opportunity to establish a personalized legacy with a paver project for the new addition, the release states. Construction for the education center is expected to start later this year.

The 90th anniversary celebration is an opportunity for the museum to showcase what it does as well as how it impacts the community, said Executive Director Fred Veil. Looking forward, Veil said he wants to continue to establish and remind people that the Sharlot Hall Museum is one of the premiere cultural and education centers in Arizona and the entire Southwest.

“We’re unique,” he said. “We’re the only museum in Arizona that presents the entire and complete history and heritage of Arizona from its prehistoric roots through the founding of the territory, the establishment of Prescott and its ultimately becoming the territorial capital and continuing through that point through its development of Prescott and the region into the early 20th century.”

In the next few years, the hope is to complete construction of the education center which will enable the museum to have a better venue for its educational programming and enable it to utilize the space currently used in the Lawler Building for those purposes as an expansion of the museum’s exhibit program, Veil said.