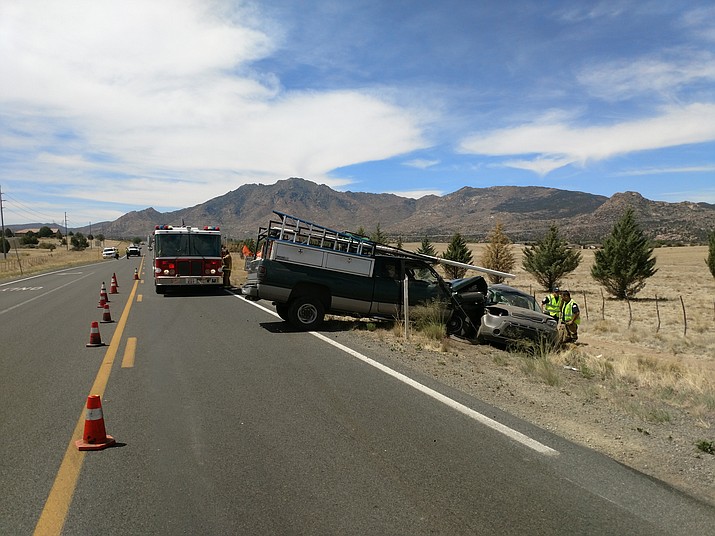 A 27-year-old Prescott Valley man was killed in a vehicle collision on Tuesday, June 5, according to a Yavapai County Sheriff’s Office (YCSO) news release.

Just before 10 a.m. Tuesday, deputies with the YCSO were dispatched to Williamson Valley Road and Stazenski Road regarding a two-vehicle collision.

Based on physical evidence of vehicle damage, roadway marks and vehicle tire marks — along with witness statements — the Kia had been turning left onto Stazenski Road from Williamson Valley Road when it was T-boned on the passenger side by the truck.

The driver of the Kia was Kaleo Greyeyes, 22, of Prescott Valley. He suffered serious, but non-life threatening injuries and remains hospitalized in Flagstaff.

The Kia’s passenger, Murphy Laughter, 27, of Prescott Valley, died as a result of his injuries.

The investigation, so far, indicates that the driver of the Kia, Greyeyes, was at fault for the accident for turning in front of the tuck, which had the right of way, YCSO spokesperson Dwight D’Evelyn said.

An interview with Greyeyes is pending due to his ongoing medical treatment.

Blood test results are also pending from both drivers.