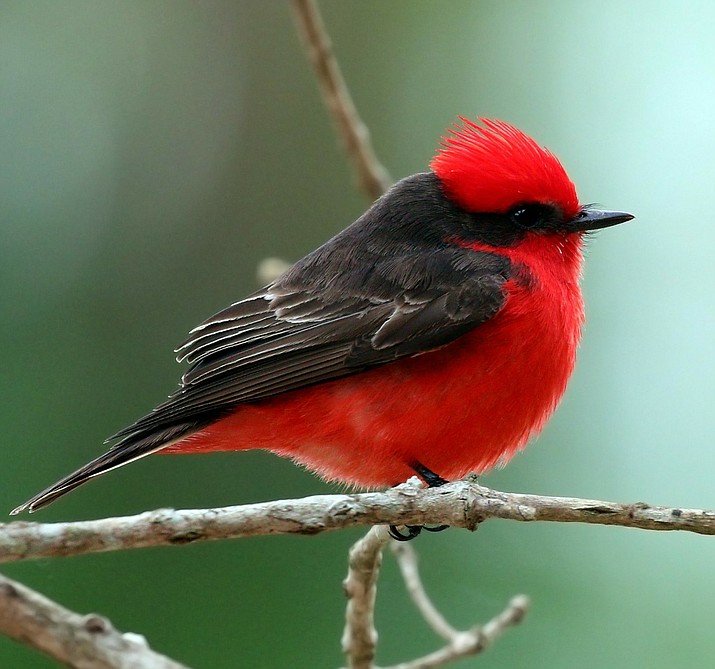 Two generous donations in a fundraising campaign for the conservation easement in Dewey-Humboldt recently arrived to the Central Arizona Land Trust (CALT). The campaign, “It’s for the Birds!,” kicked off May 12 and will raise the $65,000 needed to provide legally binding agreements and permanent stewardship for the easement along the Agua Fria River currently owned by Garry and Denise Rogers.

The property, Coldwater Farm, encompasses a riparian habitat on the banks of the Agua Fria River, and is home to two threatened and endangered bird species: the Yellow-billed Cuckoo and the Southwest Willow Flycatcher. The Rogers have documented at least 127 other bird species on the property.

The Town of Dewey-Humboldt council declared its intention to donate $2,500 to the fundraising campaign at its May 1 Work Study meeting in the 2018-2019 budget.

Architectural Resource Team (ART) out of Phoenix announced its donation of $2,000. This company builds homes according to a certification protocol for green building designs under the Living Building Challenge.

“The donation is a symbol of ART’s commitment to sustainability and a healthier ecosystem,” Asa Bjorklund, CALT consultant, said in a May 25 press release.

A conservation easement happens when a private landowner grants the easement which permanently restricts subdivision and other development on the property. The land remains in private ownership with the current and subsequent owners.

“Conservation easements provide a win-win scenario that allows for protection of precious resources while assuring the landowners retain the right to live on the land, sell the land, and pass it on to their heirs,” Bjorklund’s press release states. “In all cases, the land is kept in private ownership and remains on the tax rolls.”

The transaction to protect the property cannot occur until the funds are raised, said Becky Ruffner, CALT board president.